A Deal to Promote Solar Energy 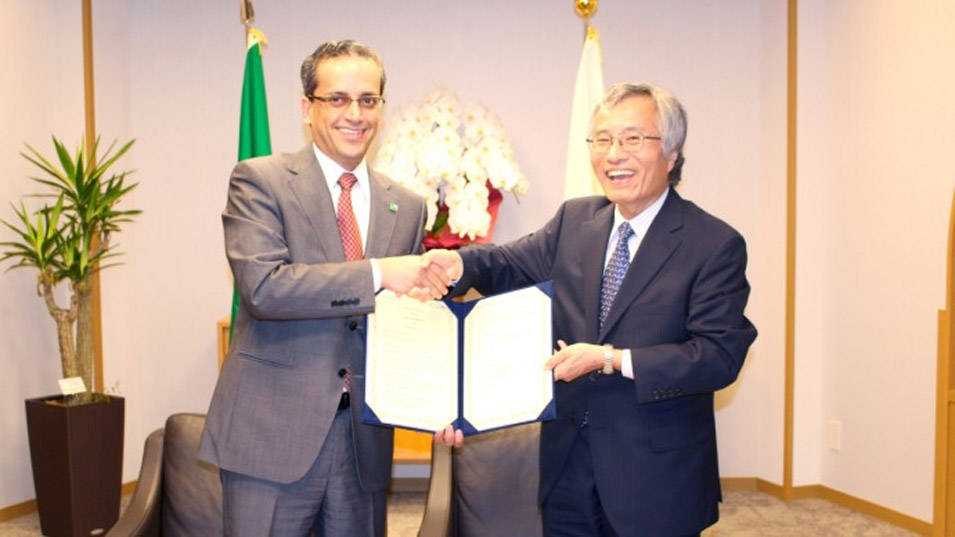 The move followed significant achievements during the initiative’s first phase in the development of a global solar energy system that strives to help tackle social challenges and drive sustainable growth worldwide.

The initiative, launched in 2010 by UTokyo and two other key organizations, focuses on building a sustainable global energy system that provides adequate and stable energy products. It also draws support from major Japanese corporations with which it has entered the second phase in Saudi Arabia following the successful, first five-year development period.

Designed to improve energy efficiency and encouraged by the Japanese government, the GS+1 initiative plans to organize a consortium of related Japanese companies to carry out research and experiments based on solar energy in the Kingdom.

GS+1 covers a wide range of subjects such as chemistry, material sciences and policy initiatives, which are supplemental to Aramco’s business development and research and development.

A Catalyst for Future Collaboration

At the signing ceremony, Alkhunaini said, “I hope that the program will serve as a catalyst for future collaboration between UTokyo and Saudi Aramco, and that such collaborations will generate various possible opportunities for both Japan and Saudi Arabia to benefit from for years to come — a solution to the issue of sustainable growth — the very issue which is on the global map today.”

“This is the first step for our comprehensive mutual beneficial cooperation and we do hope our long-term relationship in the future,” Hotate said.

Hailed as the first national university in Japan, UTokyo enjoys a reputation as one of Asia’s top academic institutions. It has produced ten Nobel Prize winners since its establishment in 1877.