This happy group of retirees turned out during the Oct. 24-26 Annuitants Reunion in Monterey to visit old fishing-port city’s storied Cannery Row—one of several sights they saw on the rugged Pacific coast. 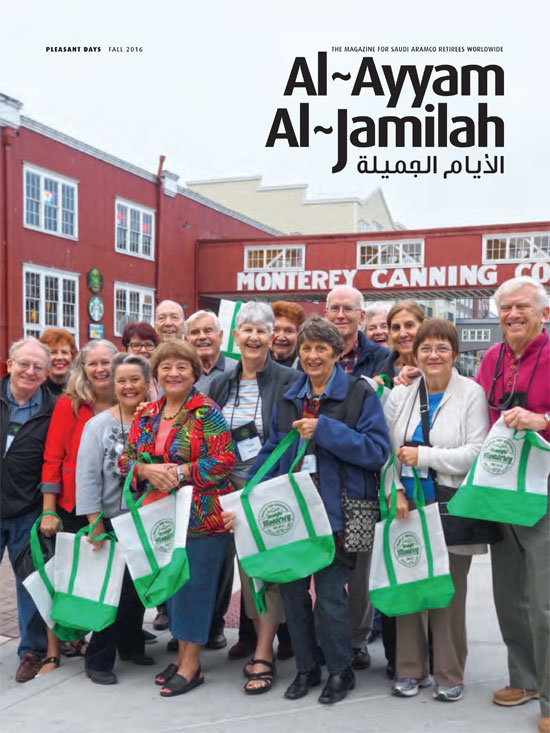