Aramco Welcomes Mark Weinberger to its Board of Directors 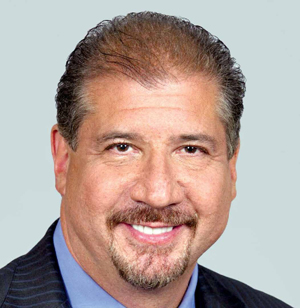 Aramco today announced that Mark Weinberger has been appointed as an independent member to its Board of Directors, to replace Andrew Gould.

On behalf of the Board, H.E. Yasir Al-Rumayyan, Chairman of Aramco’s Board of Directors, welcomed Weinberger and expressed his appreciation to Gould for his dedication and invaluable contributions to the Board.

“I would like to extend my warm thanks and best wishes to my fellow Board members, with whom I have been privileged to serve for over six years. I am honored to have been a part of Aramco during a truly transformational period in its history and I look forward with confidence to the Company’s continued success.” said Mr. Gould.

Weinberger was the global Chairman and CEO of EY (previously known as Ernst & Young) from 2013 to 2019. He was active in the World Economic Forum, as a member of its International Business Council and as a Global Steward for Economic Progress. He has also held several high level posts in the U.S. Government, including as Assistant Secretary of the U.S. Department of Treasury (Tax Policy) under President George W. Bush and Member of the Social Security Advisory Board, under President Clinton. He served on Presidential advisary councils to President Trump and President Obama.

“I am honored to be joining the Board of Aramco at this important time in the Company’s history and world events. I look forward to helping the Board continue to make the most of the opportunities and challenges that lie ahead and deliver value for all of Aramco‘s shareholders.” Weinberger said.

Weinberger currently serves as a Director on the boards of Johnson & Johnson and Metlife as well as being a member on several Boards of Trustees, including the United States Council for International Business (USCIB). He is a senior advisor to Stone Canyon Industries Holdings, JUST Capital, G100 and many organizations focusing on corporate governance and long term value creation.

Weinberger has a B.A. degree from Emory University (Economics) in 1983, an MBA and JD from Case Western Reserve University in 1987 and an LLM in Taxation from Georgetown University Law Center in 1991.