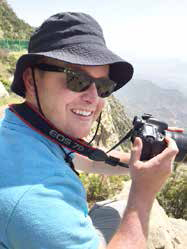 I stand under a canopy of purple jacaranda blossoms that are twinkling gently in the mountain breeze like infinite stars in a desert sky. The park beckons, and I accept the invitation.

Lavender blooms fall from the trees and dance in the wind, spinning like whirling dervishes, as they make their way to the ground to form a floral carpet on the grass. The sun peeks in between the branches, almost timidly, casting its shadow on the purple ground.

The soft scents of spring fill my lungs and lift my spirit. A tiny hand reaches up to get my attention. It’s a small boy, and he wants to take a picture with me. I pose with the boy while his family snaps photos on their phones. His father smiles and shakes my hand. After nearly eight years of living in Saudi Arabia, I am reminded that I don’t know this country at all.

I came to live in Saudi Arabia in 2008 with my family. Part of the allure of moving to Saudi Arabia was a chance to travel the world. Over the years we have collected trips, like gems, to be added to our bag of experiences. However, like so many people here, Saudi and expat alike, it is easy to ignore the gems in our own backyard — the undiscovered and largely unexplored sights of Saudi Arabia.

Asir is an area I have wanted to explore for a long time, and when the Saudi Aramco Employees Association scheduled a trip there, I knew I had to go.

Friday morning, as we drove into the mountains from our hotel, each twist and turn in the road revealed a view that was even better than the last. From Jebel Sudah, at nearly 3,000 meters high, the views continued on indefinitely. The clear morning sun competed with the cool mountain air. Juniper trees stood as silent sentries over the valley below. Jebel Sudah was calm and still, except for the sound of the shutter on my camera clicking in overdrive.

Summiting a boulder on the mountain, I heard a noise from below. A family of baboons relaxed in the morning sun, the alpha male of the group turning to face me and baring his teeth in warning. I was happy to comply with his rules and kept my distance.

Before long we were back on the road, which snaked down the mountain like a river of asphalt, delivering us to the valley below and the village of Rijal Almaa. 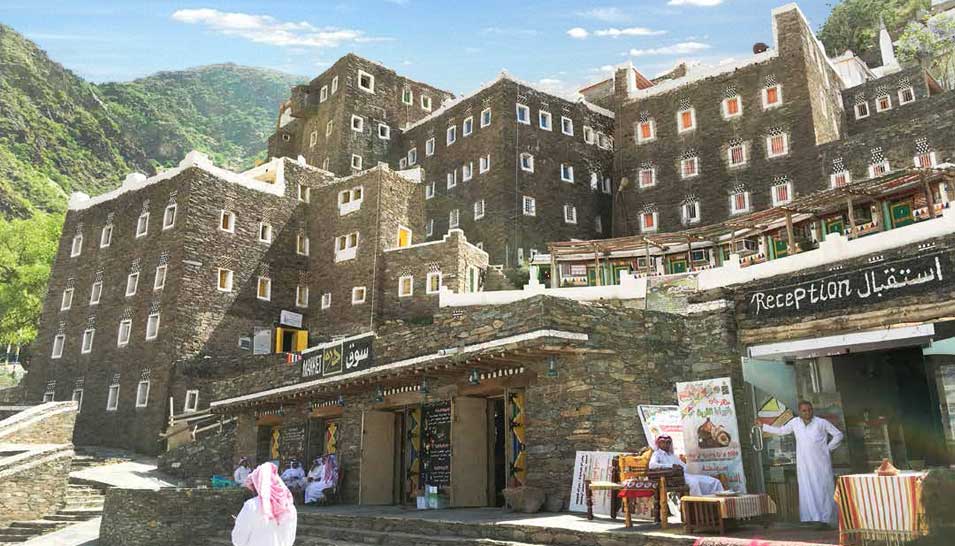 Rijal Almaa, under consideration for recognition as a UNESCO world heritage site, was once an important commercial center linking Yemen and the Levant to Makkah and Medina. Though scenic and historic, tourists remain a rarity here.

The Beauty of Rijal Almaa

Rijal Almaa is under consideration for recognition as a UNESCO world heritage site. The village was an important commercial center linking Yemen and the Levant to Makkah and Medina. It was the scene of fierce fighting under Ottoman rule. It was at Rijal Almaa that the Asiri tribes defeated an army of 50,000 led by Ahmed Pasha and forced the Ottomans to sign a treaty granting Asir independence from the Ottoman Empire in 1825. This agreement was the first of its kind in the Arabian Peninsula.

Like Mont-St.-Michel in France or the Amalfi Coast in Italy, Rijal Almaa contains ancient fortifications in a beautiful natural setting. However, unlike in France or Italy, we had this world-class destination to ourselves.

Tourists are still a rarity here. We strolled through the village and climbed to the top of the towers. Instead of soldiers, the towers now house bats, who squeaked in protest over our presence.

Our exploration continued through the museum of Asiri artifacts. Tamarind pods littered an outdoor courtyard — a sweet and sour reward for my efforts. As a student of history, I could have stayed all day.

The Asiri pride is evident everywhere. I could see it in the houses painted in the traditional Asiri colors of green (for the lush vegetation), yellow (for the sun), blue (for the brilliant sky), and red (for strong emotions). I could hear it in the voice of Abu Khalid at a museum of Asiri art as he spoke of his love for his native Asir and of his passion for restoring Rijal Almaa, and I could feel it in the vibrant paintings by local artists such as Fatima and Mohammed at their art galleries.

Our plans for an evening sunset meal atop the mountains outside of Tanumah were interrupted by the rain, hail, and lightning born of the dark clouds that had been growing all day over the Red Sea. Coming from the Eastern Province, the rain was a treat in itself.

As I walked down to a Tanumah waterfall, a bolt of lightning cracked to my left and hail began to pound down from thick black clouds. We decided to call it a day and made a hasty retreat to our hotel, where local women had prepared fresh Asiri food for us. After the storm subsided, we ended the day atop the hotel, outside in the chilly Tanumah air, listening to a Saudi musician who had traveled 100 kilometers to play for our group. A group of Saudi men began the khatwa dance and invited me to join. I couldn’t refuse. As I held the hand of the hotel owner, dancing as one in a single line and stomping to the rhythm of the flute, I felt humbled to witness a beautiful and historic culture that most foreigners never have the opportunity to see. 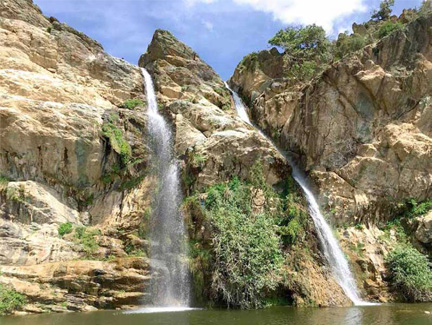 Unlike virtually any other part of the Kingdom, the beauty of Asir is found in its natural settings such as this waterfall. Mountainous and green, the area is also rich in history. This waterfall in Tanumah was just one of the stops during the recent SAEA trip to the southwest of Saudi Arabia. 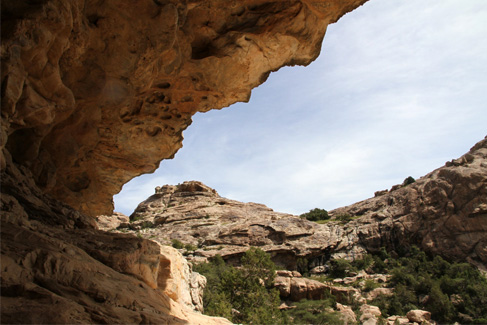 Blue skies jut out from a rock outcropping in Tanumah, but by evening, a storm had blown in from the Red Sea bringing wind, rain, and even hail.

A Treasure Right in Front of Us

On Saturday morning, we visited the mountains surrounding Tanumah and an ancient home perched high on a cliff overlooking the city. The home belonged to the aunt of our local guide Turki.

Turki picked wild lavender for us. He explained that women used to rub the fragrant lavender on their clothing as a natural perfume. Onward we pushed, past Jebel Abdullah — so named for a boy who once climbed the outcrop on a dare from his friends, only to get stuck — requiring rescue from the fire department. We began a hike through a lush forest carpeted with lavender and wildflowers. I had to keep reminding myself that we were still in Saudi Arabia, not Colorado or California. The scenery was breathtaking, as was the climb and altitude. At a high cliff overlooking the entire valley, we stopped to take panoramic photos. An eagle soared beneath us, keeping watch over the ruins of an ancient Asiri village far below. 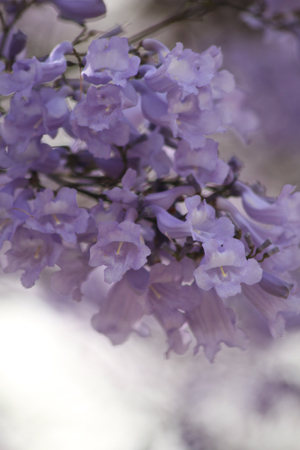 When we stopped for a picnic of dates and Arabic coffee, I was filled with peace and wonder.

I could feel my cares dropping away as we hiked through the Asiri landscape. In a strange way, the mountains of Asir felt like going home — an opportunity for quiet reflection. I was already planning my next trip to Asir. I went to talk to Meteb, the Saudi tour operator and organizer of the trip. “Meteb,” I said. “You have to help us plan an extended hiking trip here. This place is amazing!”

“I’m glad you are getting a chance to see it,” he replied. “It is only a matter of time before tourism catches on here, and it will be crowded. For now, you have it all to yourself.”

It is human nature to fail to notice what is right in front of you. The discovery of such a travel gem in my own backyard reminds me of the story about the discovery in Ireland of a lost painting by the Italian master Caravaggio. The painting had hung in a priests’ dining room in Dublin for decades. The priests mistakenly believed the painting was a cheap copy. While renovating the house, they decided to have the painting cleaned. When they brought the painting to the National Gallery of Ireland, the restorer discovered it to be the lost masterpiece by Caravaggio. The men had lived with a treasure right in front of them for years but failed to recognize it.

Similarly, Saudi Arabia is a hidden treasure for the discerning traveler. Experience a pristine coral reef in the Red Sea. Adventure into the Rub‘ al-Khali. Explore Masmak Fort in Riyadh. Visit the ancient Nabatean ruins at Madain Salih. Journey into the labyrinthine streets of Al-Balad in Jiddah. Hike through verdant canyons and soaring mountains worthy of national park recognition.

May we be explorers of our own backyard. May we see the beauty that is staring us in the face. Saudi Arabia is a land full of majesty and mystery, there for the asking, if one only has eyes to see.