Big Adventure Inside the True Arabia: Vignette from 'Life in the Camel Lane' 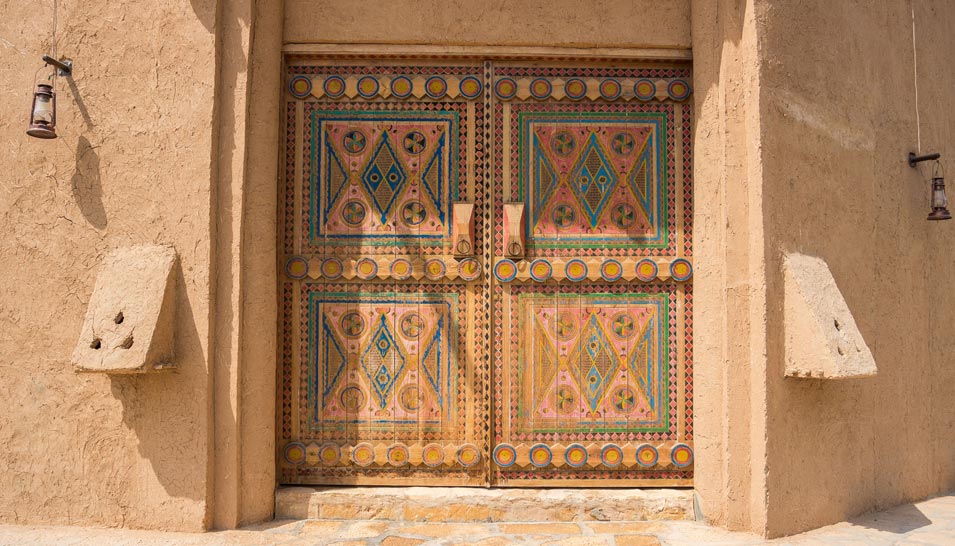 Jacque graduated from college in 1985, immediately married her Greek boyfriend and within two weeks was living in the desert town of Hofuf in the Eastern Province of Saudi Arabia. Jacque’s husband was hired by a Greek friend, who was the general engineer for a local construction company. The company’s name was Basma, which means “happy.” Jacque felt completely isolated, a cultural misfit living alongside Saudis. She credits this period as the single most pivotal experience in growing up. She said, “It made me a much stronger and well-rounded person.”

Hofuf was extremely remote, even for Saudi Arabia. It was a medium-size desert town close by the Al-Hasa Oasis and had one main street and a souk (a market that sells one single type of product). The oasis is one of the largest in Saudi and is twenty-five miles west of the Persian Gulf. Imagine 30,000 acres, a bit larger than the city of Paris, packed full of palm trees and other crops fed by artesian underground springs.

Jacque lived what we called “out on the economy.” There were no protective compounds for foreigners in Hofuf. Living on the economy meant that she had to shop in local stores and participate in Western Women Meet Middle Eastern Mindset 25 local Arabian life. Home was a tiny apartment above a Saudi family and across the street from the local mosque on a dirt road. She had no Western neighbors. She stood out in the community as “The Westerner.” Being the only blonde in town, she was like a lamppost on a deeply dark night. There was only one small supermarket in town; most weekends were spent driving 90 miles each way across the desert to Al Khobar and the Aramco compound to hunt down groceries. Scoring a box of mac and cheese to bring home for dinner during the week was a cause for exultation and great glee.

Eventually, one Austrian woman moved a few miles away. There were no taxis back then; locals in these small towns walked everywhere to visit family and neighbors, and the local men owned small Toyota trucks. On rare occasions, either Jacque or her friend’s husband would drop them off at each other’s home. They discovered a common pastime: knitting. The Austrian lady brought high-quality yarn from Austria and they would knit together. To this day Jacque is an accomplished knitter and artist who exhibits regularly. Without the benefit of TV, internet and zero social life in Hofuf, Jacque’s days were spent knitting, exercising using old cassette tapes smuggled into the country and reading books—a solitary existence. She and her husband planned their social life for the weekends when they would drive up to the big city of Dhahran to visit friends on the Aramco compound, shop in Al Khobar and enjoy a Friday brunch at the International Hotel. Jacque was shocked to discover what she had gotten herself into.

The Kingdom of Saudi Arabia has become a modern economy only in the last few decades. There are some practices that most Westerners consider barbaric. Shariah law required that punishment be dished out in public. Public gatherings for this purpose have become rare, but back in the 1980s public punishments were common.

Jacque and her husband were politely and warmly invited to stay around and witness stonings, lashings or even beheadings on Fridays after Mosque in Hofuf. On Thursday afternoons, locals would line up several small white Toyota pickup trucks piled high with stones. Occasionally a woman would be punished for perceived infidelities. As the stoning wall was right by their house, they had to contend with this weekly event. At every opportunity they left town in order to avoid facing such macabre behavior. Jacque witnessed so many shocking sights that she takes very little for granted nowadays. On the one hand the Saudi people were consistently nice to her. Personally, one to one, they were welcoming, friendly and smiling. On the other hand, their Shariah laws, beheadings, wearing the abaya and tribal behavior seemed brutal. Jacque’s adventure was dramatic and three decades later still informs her life choices.

A native of Scotland, Doreen Cumberford worked for the British Government in London and Cameroon in the mid-1970s, then an American corporation in Dubai, in the United Arab Emirates immediately after. She has been an entrepreneur, coach, writer and speaker while traveling these last four decades.

Doreen has lived in seven countries on four continents, including the Middle East for 18 years. Doreen coaches, speaks and writes about using travel as a tool for transformation, together with the necessary mindset to process international transitions and constant travel with ease and grace.

Life in the Camel Lane, part memoir part primer, reveals stories from her time in Saudi Arabia, and is her 2nd book.