Board of Directors Meet in the US 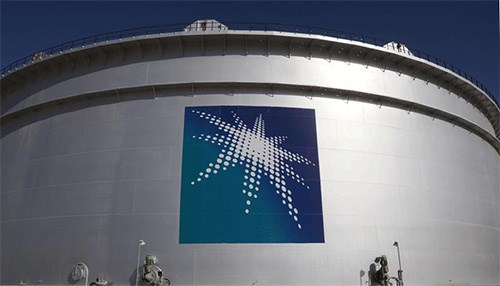 On Aug. 3, the Board participated in site visits to the Silicon Valley area, which is the innovation ecosystem that has enabled world-changing technological advances in the areas of semiconductors, computing, networking and social media. Al Sa’adi said that as technology will play a role in driving economic growth and position the company to help the Kingdom deliver on its Vision 2030, the visit to the Silicon Valley, just outside of San Francisco, was both timely and informative for the Board.

The first visit was to the corporate headquarters of Plug and Play, a leading technology, investment and incubation company. The company’s founder, Saeed Amidi, guided Board members on a tour of the company’s facilities, followed by presentations from two startup companies that had utilized the startup incubation and development support offered by Plug and Play.

The Board then visited the headquarters of Google, where the visit focused on the company's initiatives and its investment activities in technology-focused companies.

The Board of Directors meeting began on the morning of Aug. 4, where the Board addressed a full agenda that covered a number of items pertaining to the company.

Board Chairman HE Khalid A. Al-Falih acknowledged the new Board of Directors that was appointed as of June 20. It was also noted that a new Board member has been appointed as HE Yasir Al Rumayyan, managing director of the Public Investment Fund of Saudi Arabia, was welcomed to the Board. At the same time, the term of office of long-serving board member HE Dr. Mohammed I. Al-Suwaiyel came to an end.

During the board meeting Saudi Aramco president and CEO Amin Nasser provided brief updates on a number of pending transactions, initiatives and projects currently underway within the company.

Management also presented reports on the company’s financial condition and mid-year accountability. The Board approved the August 2016 Expenditure Requests, as well as a proposal by management for the formation and funding of a joint venue to operate the Fadhili congeneration project.

The Board also considered and endorsed an update to the company’s Corporate Strategic Framework and Investment Profile, aligning it with the Kingdom’s Vision 2030.

Finally, the Board received an informational report on downstream investment opportunities.

On Aug. 5, the Board participated in a panel discussion that continued with the theme of the Silicon Valley innovation ecosystem. Panelists included entrepreneurs, venture capitalists and key business leaders who have inside perspectives on what drives success in Silicon Valley. The panelists engaged with the Board primarily on the unique characteristics of Silicon Valley that have led to its success.

The Board of Directors was once again very complimentary of the efforts of the company and its employees to meet the company’s ambitious objectives within a business environment that is challenging, both within the Kingdom and globally. The Board remains supportive of management in executing the company’s plans and programs, with the goal to become the world’s leading integrated energy and
chemicals company.