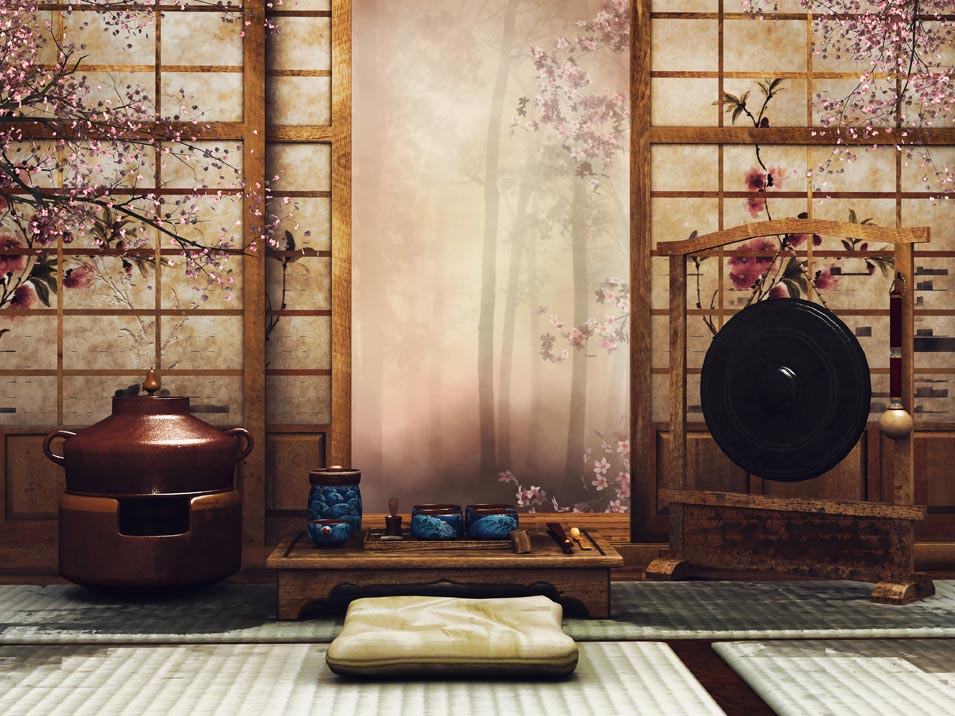 Since 2003, AramcoExPats has proudly served a global community of annuitants with diverse ties to the Kingdom and Saudi Aramco. Current Yokohama, Japan resident Eiichi Nakamura is a perfect example of the sort of valued AXP reader whose colorful stories we like to feature in our Let Us Write About You series.

Eiichi—“Naka” to his friends—retired from Aramco in October 2005, having completed 15 years with the company after helping open its Tokyo regional office for the Asia-Pacific market in 1991. His retirement capped a distinguished 43-year career in the oil industry.

“I‘m still a young man at 80,” he recently wrote AXP, “and for the past four or five years, I’ve practiced painting. I’ve drawn as many as 350 pieces in watercolor, acrylics and oil. I was driven to take up painting as a way to kill time after retiring from Aramco. I’m pleased to say that four of my pictures were bought by three Arab friends of mine from Aramco. In fact, quite a few Aramcons from Arabia have visited my house in Yokohama.”

Japanese culture is noted for the elegance and beauty of its various art forms. The story has often been told that people in the West first became aware of the wonders of Japanese art from printed sheets of paper used by expats living in Japan to wrap objects being shipped home. Astonished by the simplicity and beauty of what they saw when they unfolded those sheets, certain artists in the West began incorporating Japanese artistic sensibilities into there own work. Among those sensibilities were wabi-sabi (imperfection or impermanence); miyabi (elegance, including the absence of anything vulgar); shibui (subtly or simplicity or unobtrusiveness); iki (originality); yugen (mysteriousness); and notan (the balance between dark and light).

Naka’s work reflects his own distinctive artistic sensibility, as the images in the gallery demonstrate.

Culturally, the Japanese are famous as well for their elaborate, delicate, carefully-orchestrated tea ceremonies. In 2006, Naka staged one such ceremony at his home for a distinguished group of Aramco executives. He shared that experience with AXP:

“Never before had so many Saudi Arabians gathered together in my house in Yokohama Serigaya. When I first retired in October 2005, I was invited to attend a farewell party for retirees in Dhahran. I wanted to go and bid farewell to my many Aramco friends, but I couldn’t as I was in the middle of a mess, living temporarily in a rented house in Yokosuka while my Yokohama house was undergoing remodeling. Over the previous 15 years, I had individually invited seven different Arab friends from Aramco to attend social gatherings at my house. Those gatherings mostly involved people from Japanese oil companies who were customers of Saudi Aramco.

“Not long after I retired, a unique opportunity came up in April 2006 when a group of Aramco executives, including CEO Abdallah Jum’ah as well as Senior VP Aziz Khayyal, Vice President Ibrahim Mishari, and Director Adil Tubayyeb among others visited Japan to attend a special customer retreat activity on Okinawa sponsored by Aramco. I grabbed the chance and invited all of them to come to my house, along with Ahmed Subaey, representative of Aramco’s Tokyo office, and his secretary Shimizu. These were the same people who had joined together with me in Aramco’s efforts to enhance the marketing efforts of its Tokyo office since its establishment in 1991. They were all close friends of mine.

“To make the gathering more pleasant, I invited a senior Japanese guest who was a mutual friend of Jum’ah-san and myself. Initially, I thought of inviting Watari-san, Chairman of Nippon Oil, as they were Aramco’s largest crude oil customer in Japan. But I discreetly chose not to, fearing his presence might create an uneasy feeling among executives from other companies that were Aramco customers in Japan such as Idemitsu and Cosmo Oil.

“As such, I finally invited Shigehisa-san, Chairman of JGC—Saudi Aramco’s largest customer measured in terms of the many plant construction contracts that have been awarded. He greatly appreciated the invitation.

“Everyone present enjoyed a tea ceremony performed by my daughter Miho Saito in the tea room of my house called Ichie Hermit’s Cell. To my friends of the Muslim religion, it must have seemed quite a strange and curious practice to formalize the simple drinking of tea in such a serious manner. In general, I think, the people of the Middle East, including Saudi Arabians, are much more familiar with western culture than they are with Japanese culture. After all, our culture here in Japan is one grown in a relatively small, isolated island country in the Far East, and Saudi Arabia’s relationship with Japan started in earnest only after the conclusion of World War II.

“In the interest of giving my Arab guests greater insight into Japanese culture in general and into the tea ceremony in particular, I gave each of them a copy of a book titled, ‘The Book of Tea’ written in English in 1906 by Okakura Tenshin, a native of Japan. After spending years of schooling in England, Okakura wanted to introduce Japanese culture to the West. After the book’s publication, he contributed to the establishment of a Japanese art university in Tokyo. I had read that book myself many years before and found it excellent and very rich in detail.

“After the completion of the tea ceremony upstairs, everyone came downstairs to have dinner, where they greatly enjoyed dishes prepared by my wife, Yuko. While sitting at the table, Jum’ah-san pulled out and presented to me two Arabian daggers, one straight and one curved, mounted in a large, expensive frame which he had brought with him all the way from Saudi Arabia.

“It’s said that Bedouin nomadic tribes in Arabia once wore similar daggers as symbols of bravery, exactly like Japanese samurai warriors once wore their swords. I was told that a certain knowledgeable Aramcon in Dhahran had recommended to Jum’ah-san to put two daggers in the frame as a Japanese samurai warrior traditionally wore two swords—one long and one short. It was indeed a very special gift from the Dhahran samurai, which touched my heart very deeply. In return, I gave Jum’ah-san a Japanese sword shaped like an old-but-elegant one typical in the Kamakura era some 900 years ago (although it was not a genuine sword from that era). Everyone at the table loudly applauded the scene, this heart-felt exchange between two samurai’s, one Japanese, one Arab.

“Afterwards, we all went to a karaoke club in Yokohama Kannai hosted by JGC’s Shigehisa-san where Jum’ah-san performed both English and Korean karaoke songs in their respective languages. Here we all witnessed Jum’ah-san’s unique and versatile talents, as his karaoke was almost professionally superb. We all know he has a karaoke machine in his house in Saudi Arabia.

“It was quite something that Jum’ah-san, as a leader of some 55,000 people at Saudi Aramco, the world’s largest oil company, managed to sneak time out of his extremely busy day to come and visit my house in that Yokohama suburb along with his people. I was very much moved by his gesture. Ten days later I received an e-mail from him starting with the words ‘Dear Naka-san’ and expressing his thanks for being invited to the tea ceremony.

“I believe he now understands the delicate Japanese concept of wabi—the beauty to be found in humbleness and simplicity, which the tea ceremony symbolizes. The wabi culture also represents ethical concepts Japanese samurais of old adhered to as the basis of their conduct.

“Incidentally, Jum’ah-san is an avid reader of Japanese writer Yukio Mishima’s work. Many of Mishima’s books have been translated into different languages to be globally read.”

AXP salutes Eiichi “Naka” Nakamura, another sterling example of the notable lives being lived by Aramco annuitants the world over.