Camping with Camels: My Introduction to the Kingdom - Part II

We arrived in Buraidah, just before the noon prayer when everything closes for 20 to 30 minutes as the faithful head off to the mosque. During prayer, we drove around the town. Buraidah is in the heart of the Nejd which was once the most conservative part of the Kingdom where the religious police, known as the muttawah, were much in evidence. It was not a welcoming town to foreign women in those days and it was necessary to wear an abaya and a headscarf and keep a low profile seated in the back of the Chevy.

However, we needed to stop at the souq as we wanted to stock up on provisions as all convenience stores would be closed during the three-day Eid celebration. Buraidah was famous for a special bread, known as Kleeja, which was similar in style to traditional Arabic pita bread but dark brown in color, hard as opposed to soft, flavored with cardamom and a type of date paste filling that we were told could last for weeks! 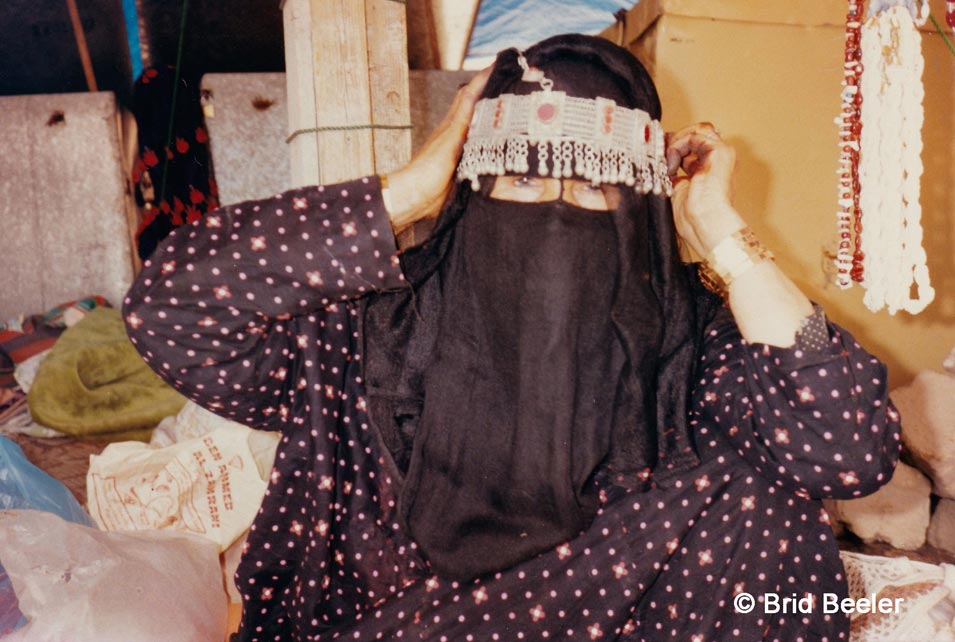 The Bedouin women selling in the souq did not go to the mosque to pray, they carried on as usual. While hunting for Kleeja, we encountered several of these colorful ladies adorned in traditional silver Bedouin necklaces and rings on their fingers and more on their toes. They were a spritely and engaging lot and knew the value of their wares, which ranged from Bedouin silver jewellery to traditional handwoven camel saddle bags, palm fibre mats; colorful woven baskets, and hundreds of dallahs, the traditional Saudi coffee pots that are a symbol of hospitality. Also on offer were an endless array of incense, heavily perfumed and made in the homes of these ladies, and kohl, the black powder mixed with sheep fat that supposedly had antiseptic properties to prevent against eye infections. We ended up buying enough Kleeja to sustain an army for weeks. 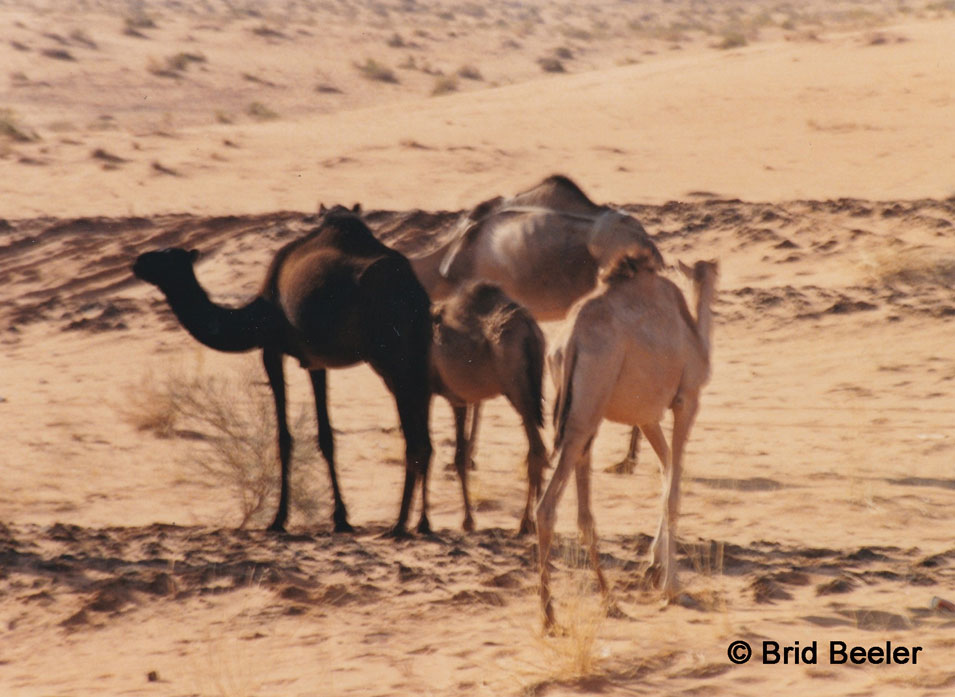 From Buraidah we headed for Hail, spectacularly situated on the edge of the Great Nafud desert. As we approached the desert terrain began to change slowly, revealing an abundance of hills. We passed camels wandering aimlessly and enjoying the leaves from the acacia trees. Some of the camels were wearing bras covering their udders so they could no longer nurse their young. This was a weaning process. Night was closing in and we needed to secure a camping spot before we found ourselves stumbling around in the dark in the rocky dark basalt type of formations interspersed with valleys of shale and endless acacia trees.

Hail was home to the Al Rashids who also ruled in Riyadh until they were ousted by Ibn Saud. The town is strategically situated on the old camel caravan trade route from Southern Arabia and on the Darb Zubayadah (pilgrimage route) from the north. Lady Anne Blunt visited here in 1879 on a horse buying expedition and Gertrude Bell crossed the Nafud to visit the Emir in 1914.

We found the old fort still standing proudly in town and I wondered what stories those thick mud walls could tell. After a night in our tents tucked in between the hills, we awoke to the delightful singing of birds. Unfortunately, as the heat of the day increased, the birdsong was replaced by the incessant buzzing of flies. We hurried to break camp and get on the road again.