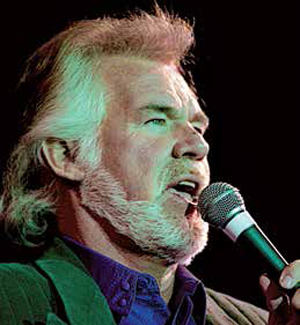 Kenny Rogers, who died last week at the age of 81, was once brought to the Kingdom by the Aramco Employees Association to play for employees and dependents here.

The country music world mourned last week with the news that legendary singer/ songwriter Kenny Rogers passed away at age 81.

Known globally for such hits as “Ruby, Don’t Take Your Love to Town,” “Lucille,” and “The Gambler,” Rogers also had a connection to Aramco and the surrounding community. Rogers was a rising solo performer when he came to the Kingdom to perform in July 1977.

The shows, which took place at the company communities in Ras Tanura, Abqaiq, Dhahran, and ‘Udhailiyah, cost SR10 and saw sold-out shows of hundreds.

The performance came in a golden age of such concerts sponsored by the AEA. And while the organization often welcomed a variety of popular acts to the company communities, Rogers is often remembered as the biggest name to perform. 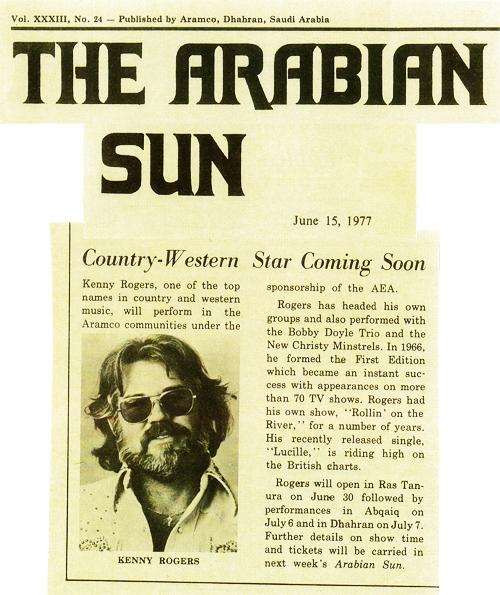 And while the SAEA is less focused on bringing in acts with such global recognition as Kenny Rogers, it remains a key supporter of entertainment and culture in the company’s communities.

“The Saudi Aramco Employees Association has always been committed to bringing its members and the Saudi Aramco community at large exciting cultural entertainment and fun family trips and activities, as well as concerts and musicals,” said SAEA president Taha Al-Safi, who noted that the association likes to promote local community talents through activities. “SAEA will continue to serve as one of the key community recreation promoters in Saudi Aramco.”

Rogers reportedly passed away from natural causes under hospice care at his home in Sandy Springs, Georgia, in the U.S.