Extending a Long History of Collaboration with China 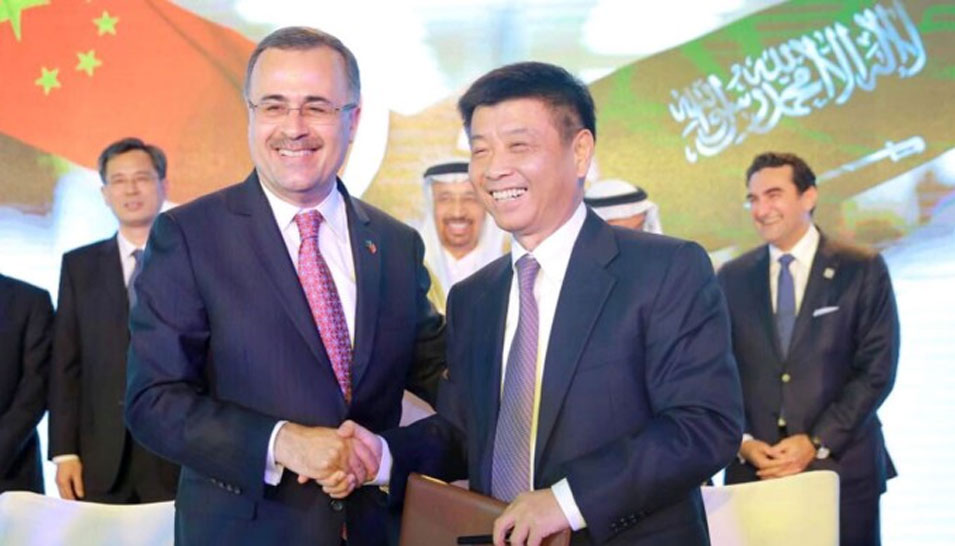 Saudi Vision 2030, and its connection points with China's Belt and road initiative, was the topic of the China Business Forum, conducted on Aug. 31 in Beijing. During the forum, Vision 2030 investment opportunities for Chinese business were discussed and a series of Memorandums of Understanding were signed.

Both China and Saudi Arabia have emerged as global powers in their own right. China is an engine of the global economy and has created the world’s largest manufacturing economy. While the Kingdom has experienced unprecedented economic and social development that has led to the creation of modern infrastructure and world-scale industrialization based on a core of oil, gas, chemicals, and minerals.

Though Saudi Arabia and China are different in many ways, each has recently developed ambitious blueprints for the sustainable development of their respective countries: the Belt and Road Strategic Initiative for China, and Vision 2030 for Saudi Arabia.

Tactically, these two programs are distinctly different and address challenges unique to the two nations. But strategically, they are similar in that they both put forward transformative yet achievable initiatives that capitalize on areas of national strength for the benefit of their populations. There are many areas of overlap between the two where partnership and collaboration can support both countries in achieving their national goals — and in ways that produce more impactful results for each by acting together.

Already in Saudi Arabia, more than 160 Chinese companies are operating in such fields as engineering, procurement, construction, telecommunications, infrastructure development, and others. One Chinese company, Sinopec, is Saudi Aramco’s joint venture partner in YASREF, a 400,000 barrel per day, full-conversion refinery in Yanbu’ on the Red Sea Coast. Alternately, a growing array of Chinese goods is available in the Saudi marketplace, from trucks and automobiles to consumer goods, home appliances, and information technology equipment.

Vision 2030, coupled with the One Belt, One Road initiative, presents new opportunities for China and Saudi Arabia to go beyond the current level of collaboration and partnership and contribute even more to the development of the two countries.

First and foremost is the opportunity to ensure China has the energy resources it needs to implement the phases of the Belt and Road Initiative. Saudi Aramco’s world-class integrated refinery and petrochemical complex in Fujian Province currently supplies local Chinese markets with refined products and chemicals. Further economy-powering downstream investments are also possible in southwest China. Saudi Aramco is also positioned to assist in the development of crude oil storage facilities capable of helping build China’s necessary strategic petroleum reserves.

Geographically, Saudi Arabia is strategically placed as a manufacturing and logistics hub, and as a transportation corridor to African, Asian, European, and Arabian Gulf markets. Vision 2030 is prompting significant investment activities and major infrastructure projects in Saudi Arabia such as the Jazan Economic City, the King Adbullah Port expansion, the King Abdullah Economic City, and the Ras al-Khair Industrial Port development. All of these, and others, present a landscape of exciting new investment opportunities.

Knowledge, research, and innovation are essential to sustaining economic growth and vitality. Saudi Arabia and China are currently partnering in the development of technologies to produce more efficient, lower carbon petroleum energy to power prosperity for billions of people around the world. Saudi Arabia inhabits a prime location for the generation of solar power. One area of particular interest in Vision 2030 that is particularly well suited to collaboration and partnership with Chinese research and technology institutions is the development of clean alternative energy from solar and nuclear sources.

Traditional sectors are also areas of growth targeted by Vision 2030. Opportunities exist for Chinese companies in areas such as refining and chemicals, advanced manufacturing, and heavy industry, as well as mining and minerals processing.

A major component of the Belt and Road initiative is infrastructure development, including overland road and rail routes, as well as oil and gas pipeline corridors. Saudi Aramco’s pipeline, technical, and project-management expertise can aid China in creating the infrastructure to transport essential energy supplies from coastal areas to the interior and help China achieve its long-term energy needs. At the same time, pipeline projects in Saudi Arabia open prime opportunities for Chinese construction companies.

China and Saudi Arabia have developed exciting, challenging, and complementary roadmaps to achieve a more prosperous future for their citizens. Through strategic partnerships and targeted investments on the part of both countries, each can help the other achieve their national development goals.