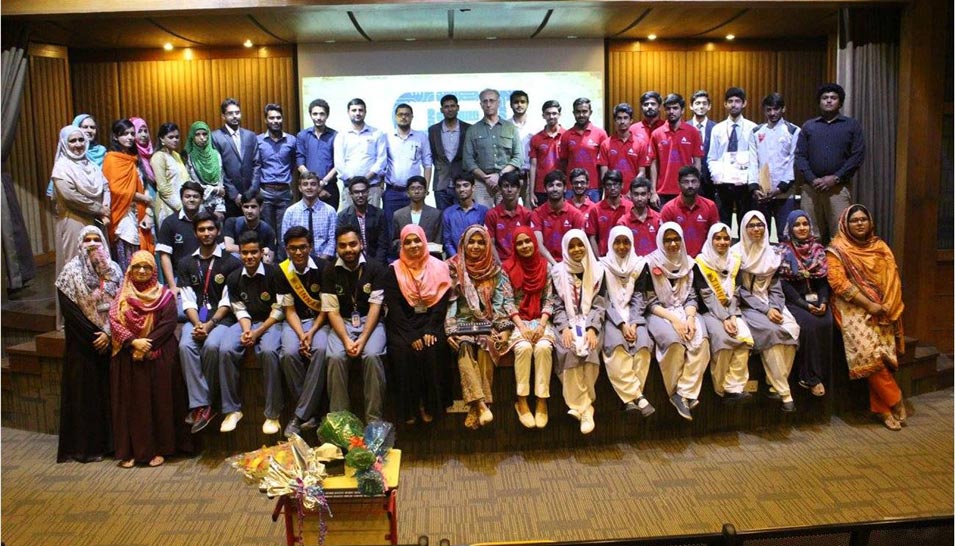 Generations School has organized Generian Lego League (GLL) on October 27, 2016, held at South Campus. This event was organized by Ibn-e-Rushd Society Senior Section. Participation in this event was a spectacular experience for all. Preparation for the event had been in process from mid-September and all the teams had been working hard while spending extra time after school.

The opening ceremony was held in the auditorium, which included an introduction of the competition, it’s national and international implication, along with the formal introduction of the chief guest and the judges. During her presentation, Ms. Aniqa Masroor, Head Education Technologies, informed the audience of the Formula Electric Racing Car and the Urban Concept Category Car which were being displayed at the campus.

The chief guest Engr. Raja Sabri Khan appreciated the hard work of the participants and appraised the efforts of the Generation School for supporting such hi-tech competition which harbors latest technical skills in young students and encourages them to compete at national and international levels. Mr. Raja Sabri, who is a mechanical engineer by profession, shared his experience for the development and mass production of a local, economical unmanned remote controlled flying equipment of all sizes in Pakistan by his company (DARE). The guests then went on to visit all the stalls of the exhibition and showed a keen interest in the projects being displayed.

Class Seven students Habib Ur Rehman, Farooq Ahmad, Bilal Ghani, Hasnain Zafar and Shahoon Malik were the members of Team RoboCore. They developed their project while using EV3 Mind storms for this competition. Their robot was named “The Gen Bot” and the model had three working attachments. The competition was fun and educational for the guests, visiting parents, families, and the students alike.

SAEEA wish a very bright future for Habib Ur Rehman and all his friends who participated in the competition.

View the PresentationView the Gallery