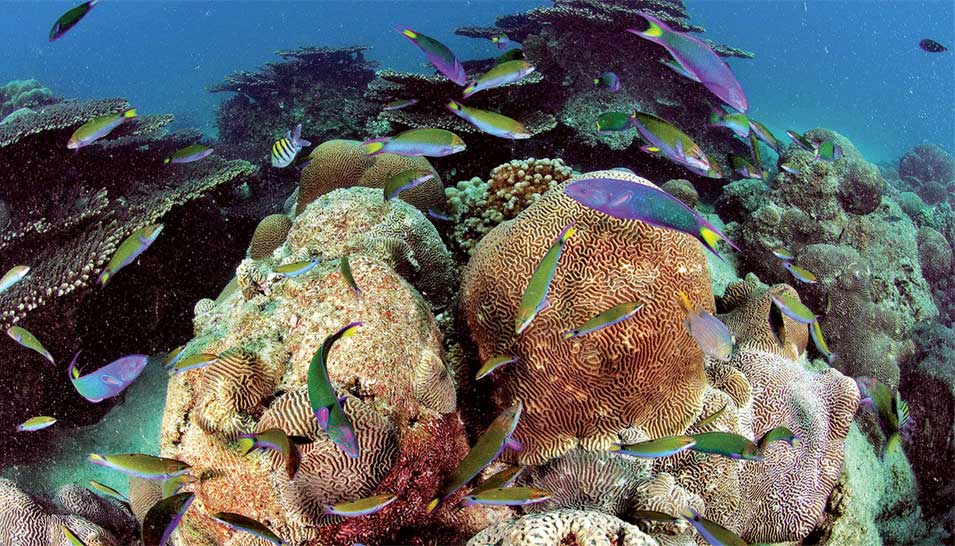 Saudi Aramco has deployed approximately 1,000 tons of artificial reefs throughout the Arabian Gulf to help rebuild marine ecosystems, while also supporting the local fisheries industry. To date, more than 2,700 artificial reefs have been deployed, and that number will continue to rise as more deployments are planned for the southern Red Sea.

This effort contributes to the company’s total deployment of over 2,728 artificial reefs — a number that will continue to rise — as more deployments are planned for the southern Red Sea.

At a higher level, partnerships with organizations such as the Smithsonian Institution have helped the company develop a deeper understanding of critical factors needed to ensure and promote conservation of biodiversity in Saudi Arabia, including artificial reefs.

The symposium grouped participants from more than 30 countries to develop solutions to better manage coral reefs. Topics such as management of marine protected areas, sustainable fisheries, coral transplantation, and nurseries are highly relevant to Saudi Aramco due to the amount of company activities near coral reefs and other valuable habitats.