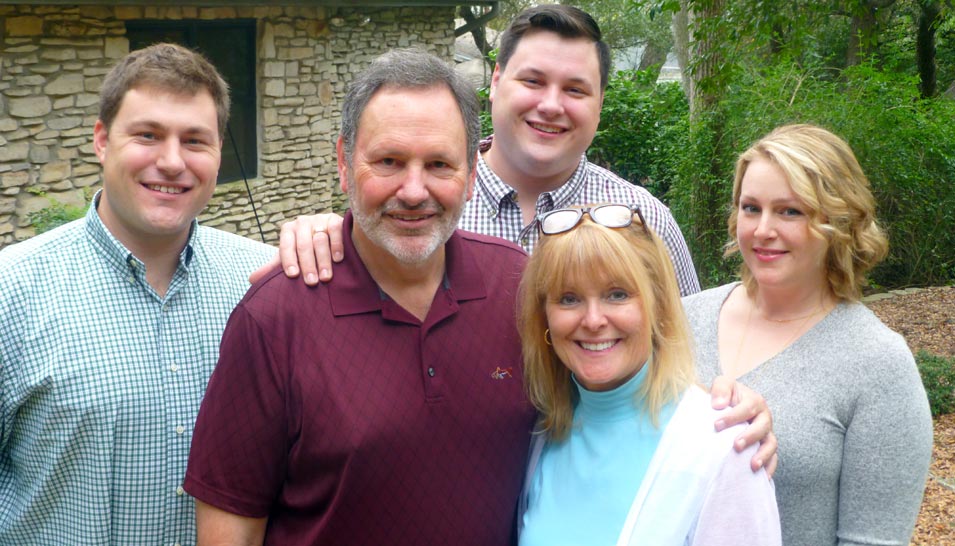 Jon and Cindy Grosch will depart for San Marcos, Texas on May 2, 2016, ending a 35-year career with Saudi Aramco. Jon retires as a Sr. Engineering Consultant specializing in geotechnical engineering in Consulting Services Department.

Jon joined Aramco on December 28, 1980 as a Geotechnical Engineer after graduating with BS and MS engineering degrees from Rice University and The University of Texas at Austin, respectively, and working as a consulting engineer in Houston. He later earned a second MS from the University of Missouri in 1984.

Jon became well-known nationally and internationally as an expert in geotechnical engineering and karst terrain.  Some of his major achievements at Saudi Aramco include developing methodologies for geologic risk assessment for new grass roots site evaluations, development of sulfur extended asphalt technology, and advancements in sand control including a patent for geogrid sand fences now being deployed throughout the Kingdom.

Jon’s most memorable assignment was the site evaluation for the Shaybah Road and Shaybah Facilities, a one-week deep desert expedition.

Cindy retires as the longest-serving docent in the history of the Community Heritage Gallery, one of Dhahran’s hidden gems, having worked there a total of 15 years. Cindy has over the years specialized in support services for an active family plus various artistic and craft pursuits and lately, golf.

Jon and Cindy raised three children in Dhahran – Kelly, Doug and Nathan.  All three are working in the Austin and/or Houston.  While they were in Saudi, Jon was very active in Boy Scouts and youth sports, helping establish the Dhahran Youth Basketball Association and the Dhahran Flag Football League, serving as President of the Arabian American Little League, board member of the Dhahran Youth Swim League and a longtime coach and referee of numerous youth sports teams. Jon was also a coach on the 1998 Little League team that won the European Championship and competed in the Little League World Series.

Jon’s favorite hobbies are the Simulated Sports Society, in which he reached the Super Bowl a record 13 times, and golf. Jon won the coveted CEO Cup golf tournament in 2013.