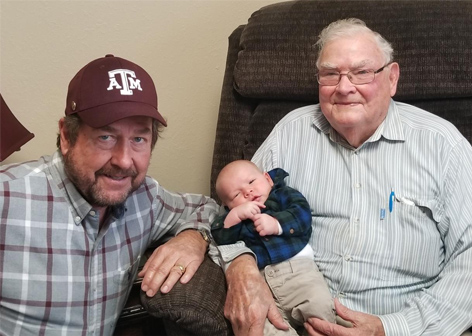 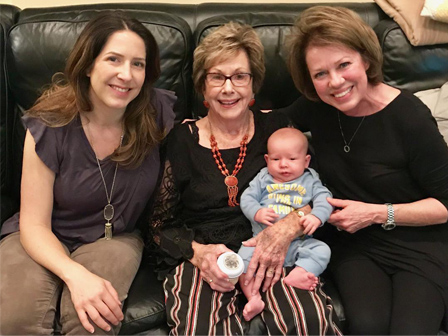 Like the hyper-kinetic Energizer Bunny in those omnipresent battery commercials, some people just keep going and going and going. Take the family of John “David” LaRue. David, Badge Number 196810, will need to keep himself freshly supplied with track shoes if he hopes to keep up with his parents, his mother an octogenarian, his father a nonagenarian—not that you could ever tell from the lives they live. We’ll get to that later. First, a few words about David, his wife Deborah, and their two children.

Having worked in drilling in West Africa where he wasn’t allowed to have his family with him, David (Texas A&M class of ’74) developed a taste for living and working internationally, but decided he wanted to do so with his family by his side. That’s a big reason why, in 1991, he leaped at the opportunity to go to work for Aramco in the Kingdom in Drilling & Workover. For the next 18 years, the LaRue family—husband David, wife Deborah, and daughters Laura and Lindsey—divided their time between compound residences in Dhahran, Abqaiq, and Udhailiyah as David pursued his professional dream job.

“I had been working in West Africa where no family was allowed,” he told AXP recently. “I liked the idea of working International and taking family along. I had no idea that it would be much more social than the US where everyone is busy with job, commute, and family. That’s why we stayed. After leaving Aramco, I worked 18 more months for Saudi Chem.”

Debbie was a thespian at heart, and her devotion to live theater rubbed off on David. Over the course of their nearly two decades in Arabia, she played both lead and minor supporting roles in over 20 stage productions for the Dhahran Theater Group (DTG), among them that timeless musical favorite, 42nd Street.

“My favorite production,” he went on, was Beauty and the Beast because it was an elaborate set that I helped build and I was an usher and the Director made us wear a tux every night. It was sold out every night, and the matinées, too.

“Debbie’s favorite,” David added, “was 42nd Street with Chorus Line and Send Me No Flowers close behind. She had a major part (Anytime Annie) and married Bert, played by Keith Kynock. Keith was a DTG legend. He directed or acted in just about every production. I was only in Treasure Island in all those years. I was afraid that the guys in Drilling would make fun of me. I am playing Abner Dillion this time around at our local theater here in Texas and no longer care if my friends make jokes. I am on stage a lot but my lines are minimal—and all funny. Debbie is just in the chorus line and has one speaking part in the opening scene. So I have moved up in the theater world while Debbie is on cruise control.” 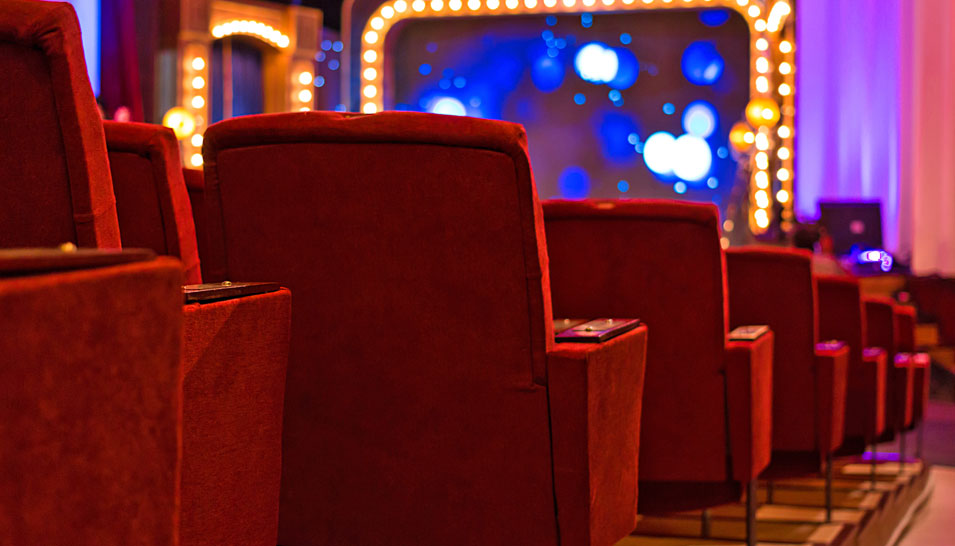 When the LaRues weren’t hoofing it on stage, for entertainment they, like so many of their fellow Aramcons over the years, especially enjoyed family outings at Half Moon Bay. Those outings invariably included sailing, water skiing, and lounging under palm trees like lords of the desert.

“Our fondest memories of DTG,” David reports, “are of the parties they had at the DTG House. They never needed an excuse for a party. Both our mothers came to Saudi. Neither father ever made it. My mother was there for one of the big Christmas Eve parties we used to have. She was amazed by all the food, the three beverage counters, and the big tent (in case it rained, lol). The party went on from the time the DPF Christmas Eve service was over around 7:00 p.m. until around midnight. Then the returning students would show up and finish off whatever food and beverages were left. We would go to bed and leave Jake—the returning student coordinator—in charge. With Jake, there was never a problem and never a mess left behind.”

Retired from Aramco since 2008, today David lives with Debbie in Conroe, Texas, 40 miles north of Houston proper and 10 miles north of The Woodlands. David is happy to report that he and Debbie have been blessed with three grandchildren—Julia (age 9), Eloise (age 3) and John Thatcher (age 3 months).

Regarding his current hobbies, David writes that “I’ve given up water skiing for the most part but just got back from snow skiing. Debbie and I are doing 42nd Street again (since performing in a Dhahran production over 20 years ago). We open February 8th at the Creighton Theater in downtown Conroe. I play Abner Dillion and she plays Diane Lorimer. ”

“I still SCUBA dive,” he added, “but nothing compares to the Red Sea. Debbie does interior decorating, mostly for friends and family.”

When asked about their plans for attending future reunions, David answered, “We’ll try to attend the next one in the US, but unfortunately we missed the last one near Austin due to conflicts. We’ve attended two Houston luncheons at the McGinley Ranch and Winery—it’s just north of us—and we saw old friends we’d not seen since Dhahran both times. We probably won’t return to Dhahran, though. We want to remember it the way it used to be.”

Back to the subject of the Energizer Bunny. When AXP asked David whether there was anything else he’d like to share with our readers, he answered:

“We have a family ranch near Lovelady, Texas that’s still run by my father, age 93. As he is able to do less and less, helping out my younger brother there is taking up more and more of my time. My mother, meanwhile, age 86, lives in Temple, Texas where she works as an RN in a rehab facility called Cornerstone. Both of them have plenty of retirement funds, but they just enjoy their work. I guess I inherited some of that, as I enjoy my work and still work six to eight months per year.”

David’s mother and father have set a notable example for him to follow. We wish him luck in living up to their example.

David and Debbie invite friends and former colleagues from their Saudi days to get in touch with them either by snail mail at 7397 Teaswood Drive, Conroe, TX 77304 USA or by email at [email protected].