Linda Johnson: Volunteering with a Purpose 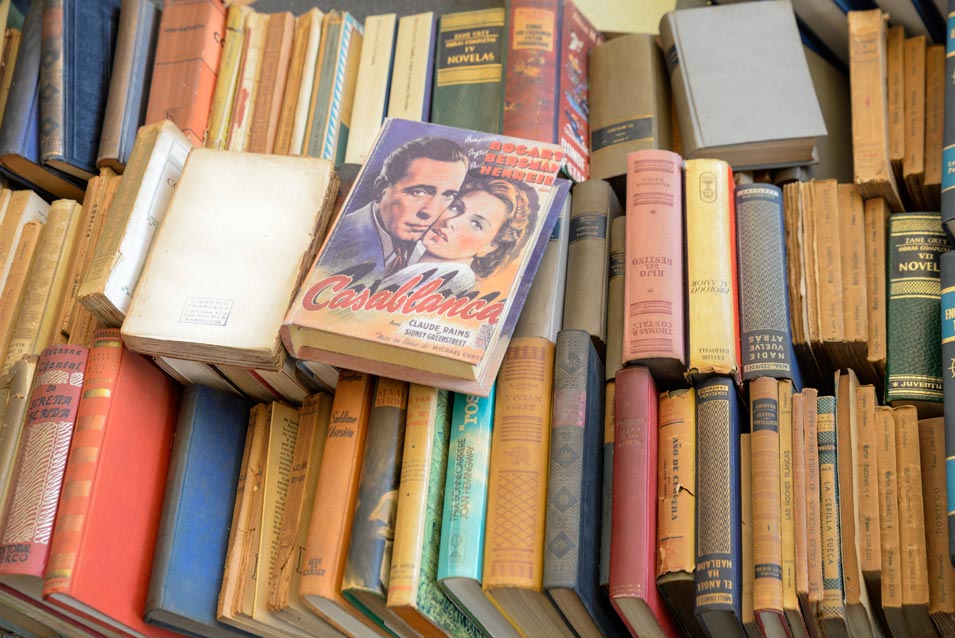 The mere mention of the name Casablanca instantly conjures up images in the minds of movie buffs the world over of the 1942 Oscar-winning film set in the Moroccan city during World War II and starring Humphrey Bogart as Rick Blaine and Ingrid Bergman as Ilsa Lund. The film includes a famous scene at Rick’s Café where Dooley Wilson in the role of Sam plays As Time Goes By on his upright piano.

Mention the name Casablanca on the other hand to Linda Johnson, Badge Number 504393, former Planning Analyst in Industrial Relations for Aramco and one-time resident of Dhahran, and it will instantly conjure up images in her mind of a city she's called home since 2016 and of the volunteer work she’s been doing there ever since moving to Morocco. Recently she spoke with Aramco ExPats about her life in Arabia and, most especially, about her volunteer work in Morocco.

“My years in Saudi Arabia were a wonderful experience,” she told AXP. “I loved meeting interesting people from all over the world and of course the travel. And I had a great job!”

“My years in Dhahran,” she went on, “were very special, so it’s difficult to choose a single favorite experience or activity. There are just too many options.”

A fond memory she did point out is of the “fantastic” productions put on by the Dhahran Theater Group:

“Knowing Arthur Dewhurst, a backbone of the DTG and fabulous director, and observing him craft so many shows from words on paper to living successes was amazing. The Christmas pantomime each year, under moving force Bill Walker's leadership, was phenomenal, and, of course, the incredible talent of actor Keith Kynoch and all the others who worked tirelessly on stage and off in all capacities to promote, to thrill, to educate and to entertain through the theatre. That was a uniquely rewarding experience.”

“Five A.M. tee times with Yvonne Rosenquist, well-known for her involvement in Dhahran Women's Group and other community activities, were always a blast. Not yet fully awake and definitely not energetic, we doggedly pursued the little balls through sand and oil to conclusion. And my friend Bill Lindsey, an avid golfer and representative of Personnel both in Dhahran and later in ASC, once awarded me the honor of being the worst golfer he had ever met.”

“Of course a big part of my life,” she added, “was my job in Industrial Relations/Employee Relations. I was very lucky to know and work with both the ExPat and Saudi employees of that group, especially with Mike Hurt and Scott Stanaland who were Assistant to VP in Industrial Relations and Employee Relations where I worked. I loved hearing stories from them of the ‘old days’ in Saudi Arabia and of the oil business in general.”

“One of the most significant aspects of my life has always been my friends,” she remarked. “Dhahran was a fertile field for growing friendships. There were so many fascinating people with interesting stories to tell and life experiences to share. The best part of that was the globalism; literally, the entire world was actively participating in daily developments. And I was there to share those experiences. I learned about life, culture, tradition, food, music and art from every nationality and loved it.”

When asked about what her favorite hobbies are today, Linda pivoted to her volunteer work teaching English to young Moroccans. Like so many Aramco annuitants, she has chosen to devote a significant portion of her retirement years to helping others. She is a perfect example of a simple truth we have learned over the past 17 years of operating Aramco ExPats: For Linda and so many other ExPat retirees, retirement is not really retirement, but rather an opportunity to launch a new career, part-time though it may be. Free to do anything she wanted, Linda chose to take on a new mission in life.

“Since 2016 I've lived in Casablanca,” she reported to AXP, “and volunteered as an English teacher in a locally-owned private school, the British Language Academy. This has been a great experience for me and I'd like to share it with any interested Aramcons or retired Aramcons who love to travel and would enjoy an extended visit to Morocco.

“As volunteers, we work with students in small groups encouraging free conversations in English. In the Centre Ville Casablanca school, our students primarily are university students or young working professionals who are strongly committed to learning English, which is not emphasized in the Moroccan public school system. In four other locations located elsewhere in Morocco, there are younger students, some of them children, as opposed to our older student enrollment in Casablanca.

“As volunteers, we usually work about three hours per day in the evening, which leaves daytime to explore Casablanca, relax at the beach, or, of course, shop in the Medina or modern shopping malls. And Moroccan food is legendary.”

Linda has an important message to share with AXP readers, specifically to annuitants like herself with extra time on their hands now that they’ve retired:

“We encourage former Aramco ExPats interested in volunteering to do so, assuming they can spend at least two weeks in the program. As a reward, we offer exclusive private travel at a very low cost upon completion of the volunteer commitment.”

“These years I've spent volunteering here in Morocco,” she concluded, “have expanded my universe in ways that no other situation could ever have done. I am grateful for those opportunities.”

Linda invites interested readers to contact her via email at [email protected]. She’d be happy to answer any questions you have and provide additional information. Linda would be delighted as well to hear from old friends and former colleagues.

AXP salutes Linda Johnson for her volunteer work. Like so many other ExPats we’ve featured in these pages, she has found purpose and fulfillment in retirement by helping others. Kudos.

As a final note, AXP recalls some of the famous lines from the movie “Casablanca”:

A German official named Strasser, played by Conrad Veidt, asks Rick: “What is your nationality?”

When asked his personal code, Rick answers: “I stick my neck out for nobody.”

After unexpectedly meeting Ilsa, Rick laments: “Of all the gin joints in all the towns in all the world, she walks into mine.”

Ilsa insists that Sam play her and Rick’s favorite song: “Play it Sam. Play ‘As Time Goes By.’”

Rick admonishes Sam: “I thought I told you never to play that song!”

A malleable French police officer, Captain Louis Renault, played by Claude Raines, instructs his men: “Round up the usual suspects.”

When forced to break up a gambling operation in the back room of Ricks Café, Renault declares: “I am shocked—shocked—to find that gambling is going on in here!”

A friend of Rick's comments, “If I were forced to choose between my country and my friend, I hope I would be brave enough to choose my friend.”

Rick says to Ilsa as they are about to say goodbye for the last time: “It doesn't take much to see that the problems of three little people don't amount to a hill of beans in this crazy world.”

Rick further says to Ilsa as they are about to say goodbye for the last time: “We'll always have Paris.”

Rick’s last words to Ilsa as she heads to the plane that will take her and her husband to safety in Lisbon: “Here's looking at you, kid.”

Rick's words to Renault as they walk away from the departing plane: “Louis, I think this is the beginning of a beautiful friendship.”