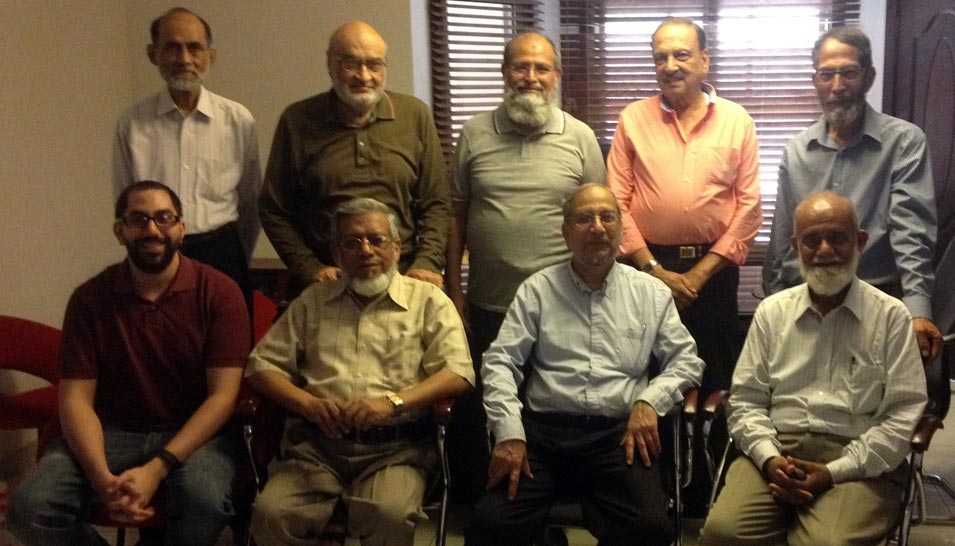 Engr. Hamidul Haque NED69ers Mechanical lives in LA California since 1970. He called from USA that he plans to visit Pakistan Karachi along with his son Seerajul Haque to attend a family wedding and the only day he is free in Karachi is April 4, 2017. Further he stated that he will call as soon as he arrived in Karachi.

Engr. Omar Vowda suggested that a lunch to be arranged by him at his office in Bath Island Clifton and a restricted number of friends to be invited due to shortage of space. We will not arrange anything unless a call is received from Hamidul Haque. Hamidul Haque called on Sunday night April 02, 2017. We did inform him our schedule that a lunch is arranged at Omar’s Office at 1300 Hours on Tuesday April 04, 2017. 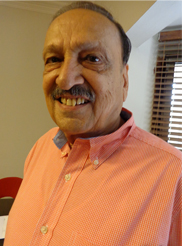 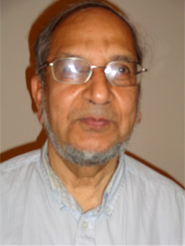 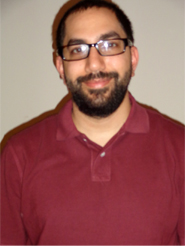 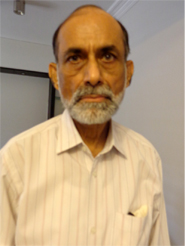 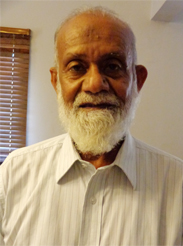 We wanted to invite Engr. Abdul Wahab Siddiqui who is sick at the moment but when we call at his number we were told that he is not in a position to attend and is not feeling well from last few days.

The lunch was very delicious and we all enjoyed the food. Everybody was asking Seerajul Haque about his opinion on the food. He was enjoying it and finally he enjoyed the dessert which was great.

It was real nice to see Engr. Hamidul Haque after five years. Last I met him and his son in LA at their place. It refreshed my memory after meeting Seerajul Haque as he took me to Hollywood when I was in LA and also took me to lot of other places.

It was nice to talk to Seeraj as he attended a Pakistani wedding first time and he also mentioned that he is enjoying the Pakistani cuisine. He did enjoy the food Engr. Omar Vowda cooked for the party. Further Seeraj mentioned that their stay in Karachi is very short as they have a plan to visit Egypt, Jordon, Dubai on their way back to LA USA. Except Omar and me all the friends met Seeraj very first time. 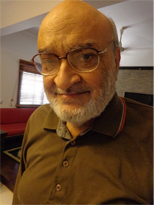 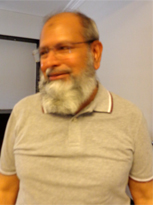 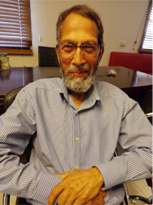 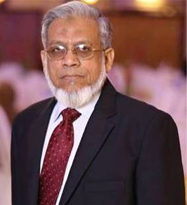 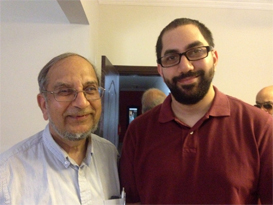 We chat for quite some time and refresh our sweet memories. We did talk about the NED69ers Reunions which are held in USA. Omar Vowda usually attends them as a representative of NED69ers Karachi wing.

I am very much thankful to Engr. Syed Abul Hassan Jafri who just completed his cataract surgery and just to meet Engr. Hamid Ul Haque he came along with Engr. Tariq Said Bukhari.

Last but not the least we all make dua for the magfarat of our friends Engr. Syed Moin Raza, Engr. Mohammad Salim Qadri and Mrs. Pervez Randhawa all of them left us in last few months.

Finally it’s time to quit we departed with the hope and wish to meet soon, In Sha Allah. Rest all is fine.