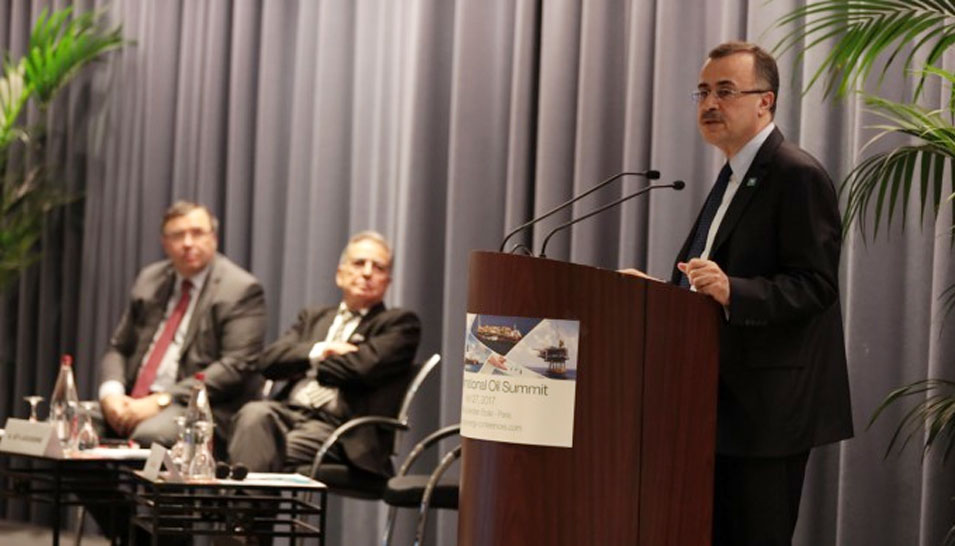 Oil will play a key role in meeting future global energy demand despite scenarios of peak demand and stranded resources, which are misplaced, Nasser explained at the 18th International Oil Summit.

With the anticipated growth of the world’s population by an additional 2 billion people by 2050, overall demand for energy is expected to be substantially higher than it is today.

He stressed that this higher demand will be met through all energy sources and despite the progress being made, renewables still face multiple challenges of which both the industry and consumers alike should anticipate a long and complex energy transition.

"The conclusion is clear: oil demand will continue to grow… in absolute terms… at fairly healthy levels… for the foreseeable future. It is why I believe ‘Peak Oil Demand’ is not in sight for at least the next few decades. It is also why the notion of ‘Stranded Resources’ is not one I recognize"

First is that all energy sources will be required to meet higher demand for energy, especially oil and gas, because an estimated 30 million barrels per day of oil production capacity needs to be developed over the next five years due to global oil demand growth, natural decline of legacy production and recent sharp cuts in investment.

However, Nasser cautioned that short-termism and volatility, combined with premature expectations of a rapid energy transition, is fueling uncertainty and misleading markets and investors. While the short-term market points to a surplus, the supplies required for the years ahead are falling behind substantially because the vast, long-term investments in proven and reliable energy sources are not being made.

“This presents a grave and growing threat to world energy security,” he said.

The second and third challenges are cost, and relentlessly questioning the basic building blocks of how the industry conducted its business, respectively. Nasser said with price levels half of what they were before the downturn, the legacy cost structures are no longer sustainable, particularly as costs are starting to rise with increased activity.

He cited one example of major oil and gas companies coming together is through the Oil and Gas Climate Initiative (OGCI), which is making $1 billion investment in developing innovative low emissions technologies over the next decade.

The fifth and final challenge, according to Nasser, is making real technological breakthroughs to deliver clean, sustainable energy over the long-term that includes technology which will minimize the greenhouse gas of oil and gas while the energy unfolds.

He concluded his address with a call to action – for the industry to be far more resilient: “If we can meet these challenges head-on, the stage is set for oil to remain a crucial part of the global energy mix for a long time to come,” he said.