Poems of Arabia by Elise Kellett: Part I 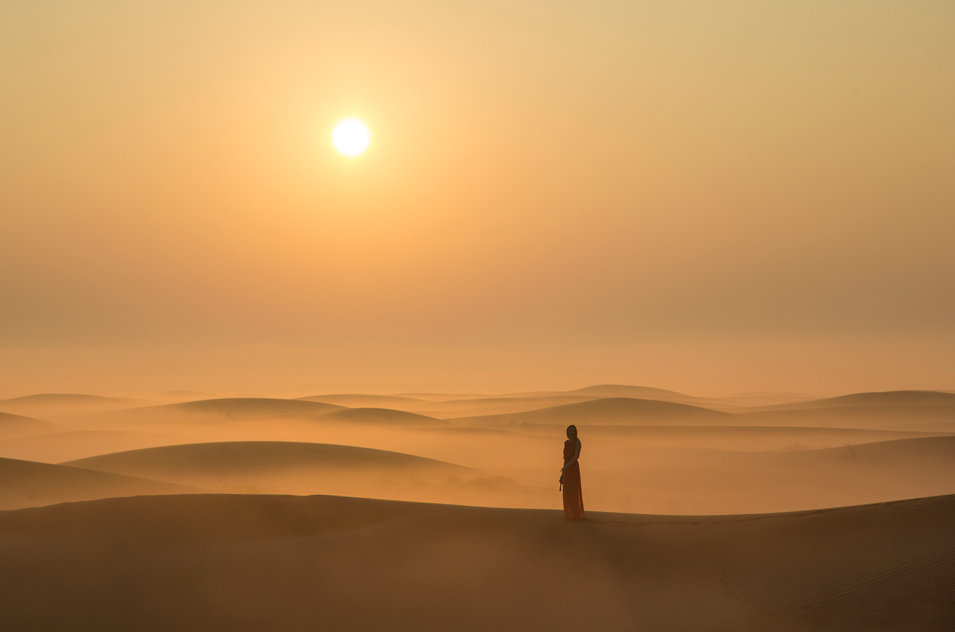 © The copyright of these poems remains with the author, Mrs. Elise Kellett, and can only be reproduced in part or in full with her full permission.

The following are excerpts from the book titled Poems of Arabia by Elise Kellett which was published in 1989. The foreword reads:

This small collection of verses was written as a poetic diary of my thoughts and impressions, influenced by my life and travel within Saudi Arabia during the past eight years (circa 1980s), intending, hopefully, for them to be handed on to my three granddaughters - Emma Louise, Sarah Jane and Lisa Maria - in the fullness of time.

Patty Squires, my friend, read them and suggested they be published for the benefit of the many other people who have lived and worked in Saudi Arabia, to whom perhaps the poems in some future years will bring to mind a treasured memory of pleasant thoughts and recollections of their days spent in the Middle East.

I am deeply grateful to Patty for the idea and for her enormous energy and skills in preparing the draft suitable for publishing from my scribbled notes; and for my husband, Cliff, and Patty's husband, Mark, whose words were always of encouragement and who have always been in full support of our efforts.

I dedicate the poems to my two sons and their wives - Mike and Lynette, Paul and Maria - in order they may be handed on to our granddaughters to remind them in the future of their grandparent's fond memories of Saudi Arabia.

Ancient Secrets
This land of ancient people stands
ever yet silent,
Telling its secrets only to the wind.
I wait listening for the story to begin,
Only the faithful can hear.
My ear is not attuned,
Slowly I turn, hearing the call to prayer,
The land is still. I too pray.
Our thought is the same -
Only the words are different.

Arab Coffee Pot
A smoke blackened coffee pot,
Worn, cracked and bent,
From wood burning fire on the hearth.
Boiling to welcome new travellers seen
Through the door of a Bedouin tent.

"Salam aleikum, saddiqui, salam."
The cup handed over with care,
Perfumed with spices, and cinnamon ground
With perfume of Araby rare.

This is the basis of all desert law,
Each traveller comes as a friend.
The best sheep is slaughtered
The last story told,
Bedouin law, without end.

Arabian Morning
Morning awakes unto the red dawn of the day,
The unwanted moon slips quietly into oblivion.
My soul hungers for the depth of beauty
Which only a new day can bring.

Flowering forth its promise in a burst of
splendour,
I see the speck of a bird flying into the horizon,
The wake of a dolphin hastening to its destiny,
As the balm of an Arabian morning
Heralds the sweet forgetfulness.

Arabian Night
See the crimson evening
Painted on the clouds,
Tinged with azure, mauve and grey
At evening's final close.

All the colours blending
In a sky of palest gold,
Silver edges, tinted clouds,
Of turquoise, palest rose.

Darkness falls too quickly,
Obliterates the light.
Leaving me the wonder
Of a new Arabian night. 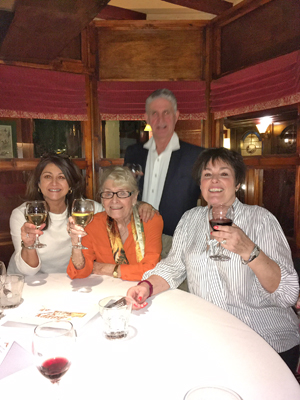 About the Author: My husband Cliff and I worked in Dhahran from 1979 to 1989. I was employed in media productions. During those years, we lived in Maple Circle. Both of us had a wonderful life and met people from all over the world who joined us so many times for parties and family gatherings,

Most of my friends are American, and really made me feel at home, as we all did, being away from friends and family. It was a really magical era which gave me the idea of writing exactly how I felt about this mysterious land, hence the poems.

If anyone remembers me please contact me at [email protected], I would be so pleased to hear from you. I do hear from two people regularly, but as we are all in our dotage now things are getting very thin regarding emails, etc.

The photograph was taken at my huge 90th birthday party in Hightown which is a small village near Southport, U.K. My two sons gave me a celebrity party which was enjoyed by everyone.