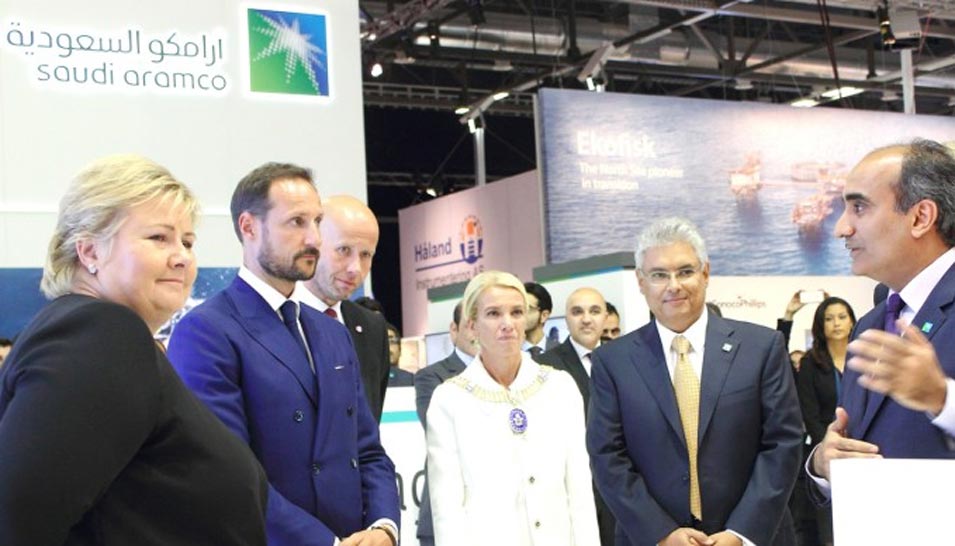 Underlining enhanced cost efficiency and competitiveness as crucial to industry endurance, Al Qahtani said, “A downturn is prime-time for oil companies, engineering, procurement and construction firms and service providers to look at project fundamentals through the cost-competitive lens.

“Adapting improved business processes and even business models, partnering with service contractors, and working with suppliers to capture savings are all proven belt-tightening approaches,” he added.

While high efficiency and best practice are still fundamental in achieving high-end performance, Al Qahtani emphasized that innovation is as important as ever to the industry’s ability to re-invent and seek continuous improvement.

“Not long ago, many of the challenging projects discussed at this conference were considered unfeasible — until they were unlocked by technology,” he noted.

Preceding the ONS main event was the ONS Summit, held in co-operation with the Munich Security Conference and attended by 60 key leaders, including Saudi Aramco leadership and representatives from other prominent energy industry companies and relevant government officials. The summit was a platform for discussions on the industry, primarily its security challenges and the associated geopolitics. In addition, Al Qahtani led bilateral meetings on behalf of Saudi Aramco with various counterparts, carrying forward discussions initiated at the summit.

Joining the Upstream business at ONS was the corporate venture arm, Saudi Aramco Energy Ventures (SAEV), with its expanding portfolio of venture partners also taking part in the exhibit.

SAEV, which has venture partnerships across the world, was referred to by Al Qahtani in his address and was also mentioned to the Norwegian delegation, alongside the core business, during their visit to the Saudi Aramco exhibit on the opening afternoon.

Headed by HRH Crown Prince Haakon of Norway, the delegation was received by Al Qahtani, ahead of a briefing from Aramco Overseas president Fahad Al-AbdulKareem. The official delegation, which included Norwegian Prime Minister Erna Solberg and the country’s Energy Minister Tord Lien, underlined Saudi Aramco’s prominence in global energy and the strength of industry relations between Saudi Arabia and Norway.

One demonstration of this strength has been investments made by SAEV in energy startups both in Norway’s capital Oslo, and in its oil and gas hub, Stavanger — home of the ONS event. The startups based in Stavanger — Target Intervention, Sekal, Cannseal, Geomec and West Group — hosted Al Qahtani and Al-AbdulKareem at their respective facilities, updating them on the progress of projects with Saudi Aramco, discussing next steps and providing live demonstrations of their technologies.

The inclusion of SAEV as part of Saudi Aramco’s presence at ONS gave exposure to a part of the business which is not only growing but also has strong traction in Europe, where there are large numbers of high-tech startups and an appetite for corporate venture.

As for ONS, the event remains a strong draw, receiving over 60,000 visitors despite the industry downturn.

The conference element in particular, for which Saudi Aramco was the main sponsor, saw high numbers of attendees with more than 500 presentations on both technical and executive levels.

“It is important that Saudi Aramco continues to position itself at the heart of discussions which shape our industry,” said Al-AbdulKareem. “Europe remains at the forefront of industry advancements and Aramco offices based in the region remain committed to extracting value from our locations here.”