'Roads of Arabia’ paves the way in the Far East 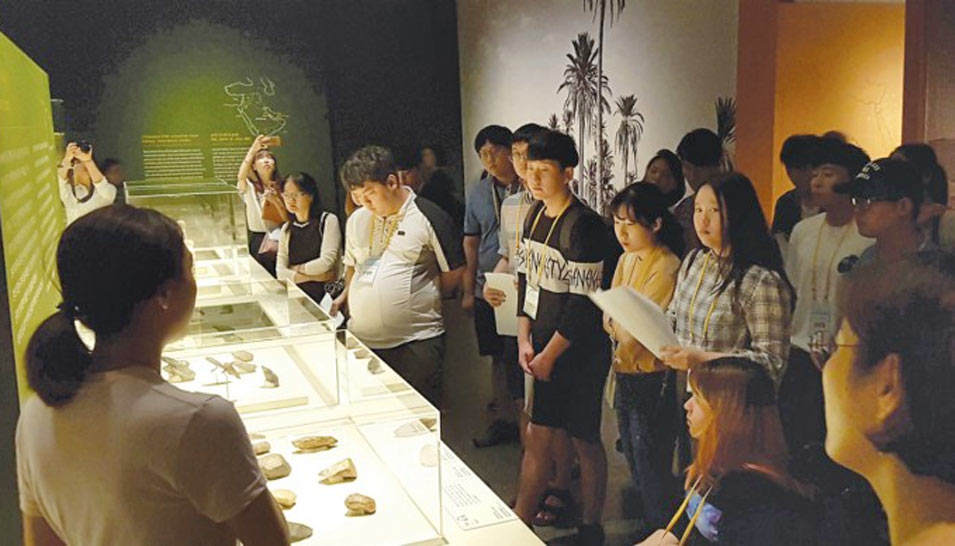 After a series of visits to European and U.S. cities, the The “Roads of Arabia” exhibition tour journeyed through the Far East region of China, South Korea, and Japan.

More than a half million Asian visitors flocked to see over 400 rare archeological objects that cover a period going back to the Stone Age a million years ago up to the reign of King ‘Abd Al-‘Aziz Al Sa’ud in the 20th century. This was the first time these objects were shown outside of the Kingdom.

“Roads of Arabia: Archeological Treasures of Saudi Arabia,” a joint initiative by Saudi Aramco’s King Abdulaziz Center for World Culture and the Saudi Commission for Tourism and National Heritage, had its Asian debut at the National Museum of China in Beijing in early 2017, graced by The Custodian of the Two Holy Mosques King Salman ibn ‘Abd Al-‘Aziz visit along with Chinese President Xi Jinping. 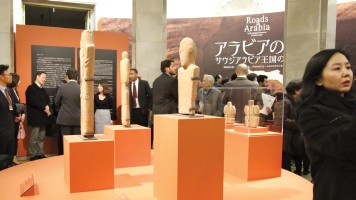 Hundreds of thousands of visitors flocked to
the “Roads of Arabia: Archeological Treasures
of Saudi Arabia” exhibit as it made stops in
South Korea, Japan, and China.

The Arab world is one of deserts, mosques, unique costumes, pilgrimages, and camels through the eyes of many Chinese. As one Chinese visitor said: “The exhibition helped me to get a deeper understanding of the Islamic history and culture. It certainly broadened my mind and raised my awareness of the Arab culture and was definitely worth a visit.”

The stop in China was followed by the exhibit’s stay at the National Museum of Korea in Seoul, where Aramco Asia-Korea leveraged the unique opportunity by organizing a curator-guided tour for 40 university students with disabilities, collaborating with one of its local corporate social responsibility partners.

The exhibition tour’s final stop in the Far East was Japan. Tokyo National Museum enjoyed an average of 3,000 visitors per day from the first day, ending in May with 250,000 visitors — making it one of the highest turnouts of any special exhibitions held at the historic Hyokeikan Building.

‘Roads’ and a new dimension in link with the Far East

Takuzo Onozuka, curator at the Tokyo National Museum who guided numerous enthusiastic local visitors, commented: “Our encounter with ‘Roads’ is a milestone for our museum. We have a long history of collecting, displaying, and conducting research on artwork and antiquities from Japan and Asian countries.

“However, our expertise in western Asia and the Arab World had been rather limited in comparison. We hope this exhibition serves as a catalyst for expediting information and people exchanges between two countries, and that more valuable findings will surface in the future.”

“China, South Korea, and Japan are all important strategic markets for Saudi Aramco,” said Anwar A. Al Hejazi, acting president of Aramco Asia, noting that the three markets combined consume more than three million barrels per day of Arabian crude oil. “Yet, each country differs from one another. But with this exhibition, we found a common ground, an appreciation for heritage.

“Today, as we move to forge a deeper relationship with the Far East region, this record high number of visitors at three sites proves genuine interest toward the Arabic heritage from people in this part of the world. The ‘Roads,’ through its journey across the region, has contributed to a deepening understanding and building a sense of being connected with our region,” he added.