The festivities continued throughout the night. Young camels and sheep were slaughtered for the evening meal. The men gathered on mats around large trays of Kapsa, rice mixed with spices. Hot camel or mutton, with the bones, was placed on top of the rice. Each man would eat by dipping his right hand into the rice and meat. 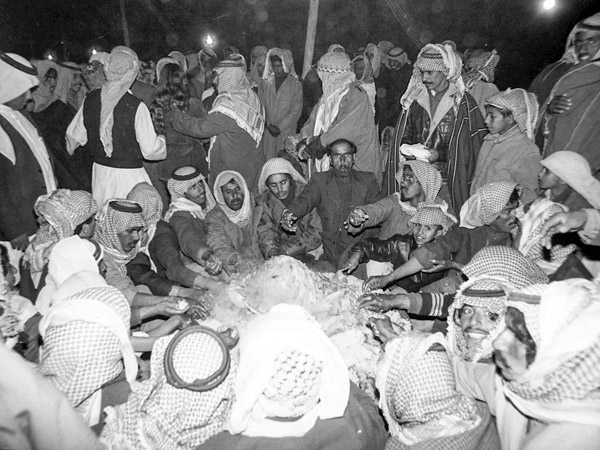 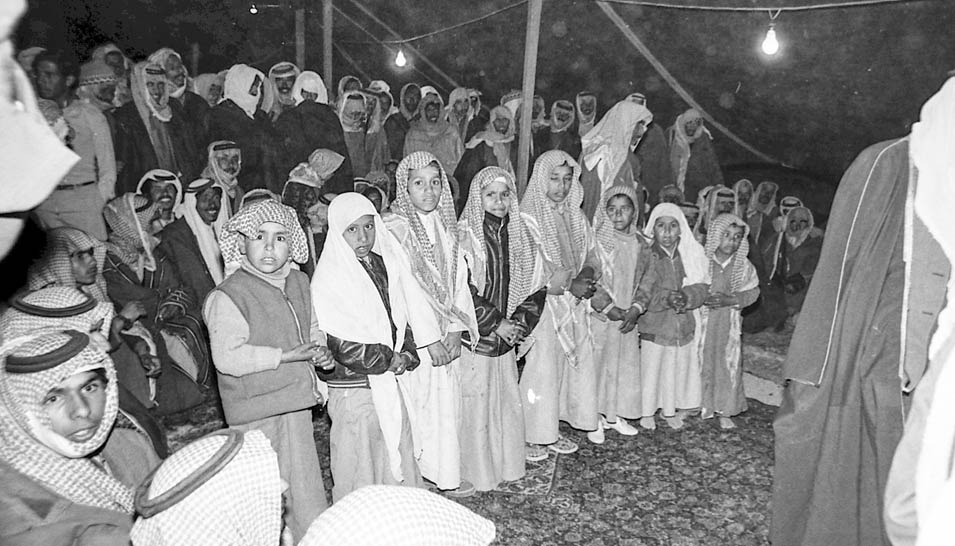 After the feast, we gathered in a large tent.  Boys performed a dance about camels called al-Dahha. A chorus line of boys made camel noises, turning their heads toward each other in an aggressive manner as camels often do when they are put close together. Next the men performed the same dance with swords and song in their flowing robes and ghutras.

A television crew from Riyadh was there to record the event. I brought the original Sony ½ inch reel to reel black and white video recorder with an attached camera. The locals enjoyed looking at the viewfinder in the camera. 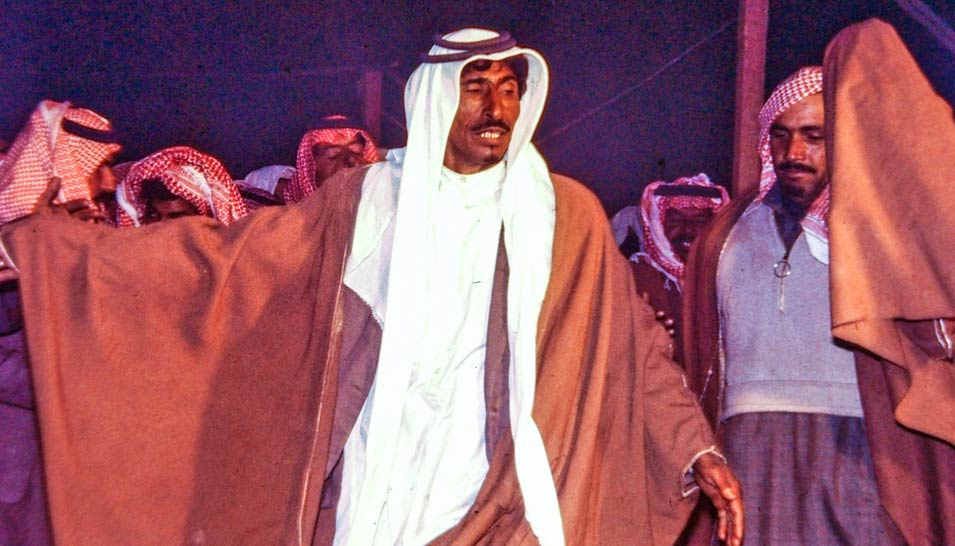 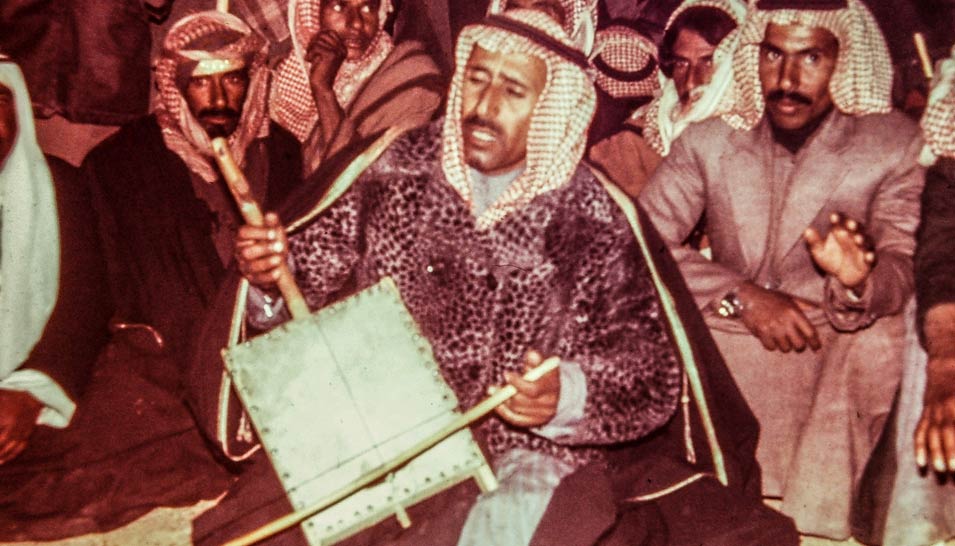 After the dancing we were invited to join the Emir around the outside fire. Tea was served and we were delighted to be entertained by the music of an Arab one-string instrument called a Rababah played with a one-string bow. 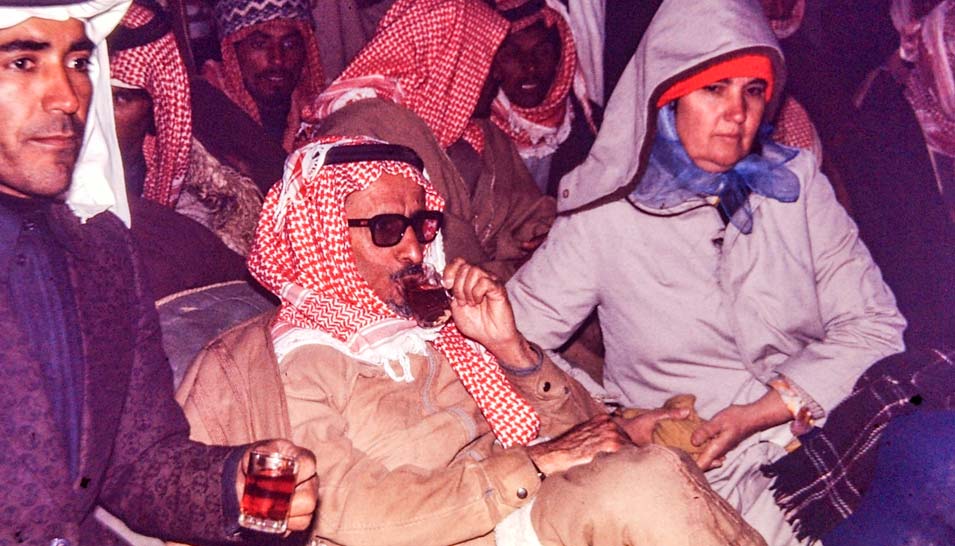 Back to Chapter 2 Chapter 4