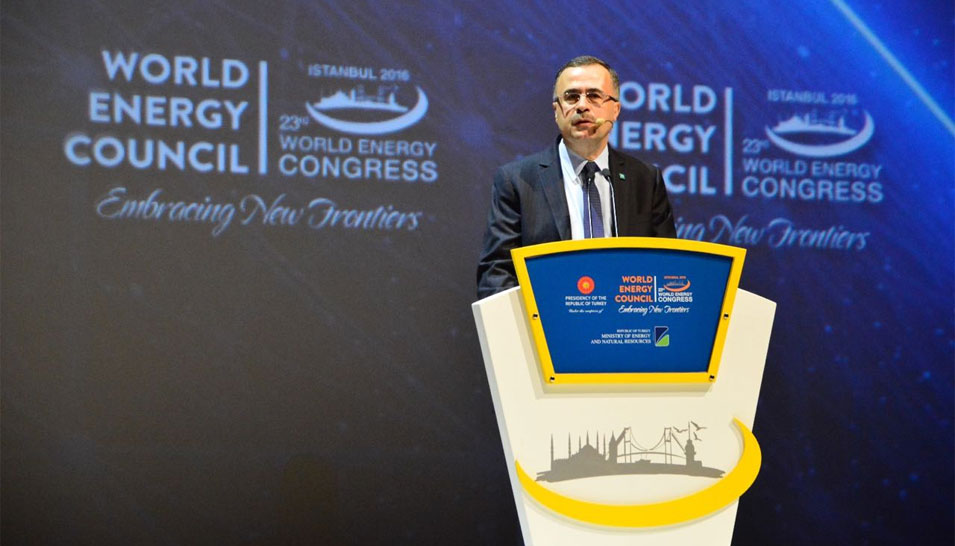 Saudi Aramco CEO Amin H. Nasser delivered a keynote address to the world’s leading energy ministers, officials, and executives, stating that oil and gas will remain at the heart of the global energy mix over the next several decades while the world transitions to alternatives.

Speaking at the 23rd World Energy Congress in Istanbul, with the theme “Embracing New Frontiers,” Nasser stated that the energy industry is presently facing challenges, not only because of low oil prices, but because of slowing global investments in oil and gas projects which are tightening the supply-demand balance. He cautioned that deferred investments estimated at $1 trillion in oil and gas projects may lead to a shortfall in supply.

Throughout its 80-year long history, Saudi Aramco had experienced several downturn cycles but always maintained a long-term view of energy investment. He said: “We will continue to invest in our core oil and gas projects, and in downstream and chemicals. We are continuing to maintain our spare production capacity to help respond to unforeseen events, and help minimize their potential impact on the global economy. By doing so, we are playing our part in enhancing global energy security.”

He also noted the oil market is beginning to recover. In the next ‘transitional phase,’ the world will move towards alternatives. However, according to IEA estimates, some 75% of global primary energy demand (about 360 million barrels per day of oil equivalent) in 2040 will still be met by fossil fuels. Therefore, the pivotal role of oil and gas in the global energy mix will continue for decades to come.

Nasser also indicated the energy industry must embrace a new roadmap he called ‘Energy 2.0’ which is characterized by three essential components. “Business as usual cannot be our future model,” he said. First, “we must continue making adequate and timely investments in the supply of fossil fuels. At Saudi Aramco, we plan to invest more than $300 billion over the coming decade to reinforce our preeminent position in oil, maintain our spare oil production capacity, massively expand our conventional gas production, and exploit unconventional gas resources.” Secondly, Nasser said, “The industry must ensure a strong financial capacity and greater resilience by altering the underlying cost structure. Greater efficiency, cost competitiveness and integration are critical imperatives.” 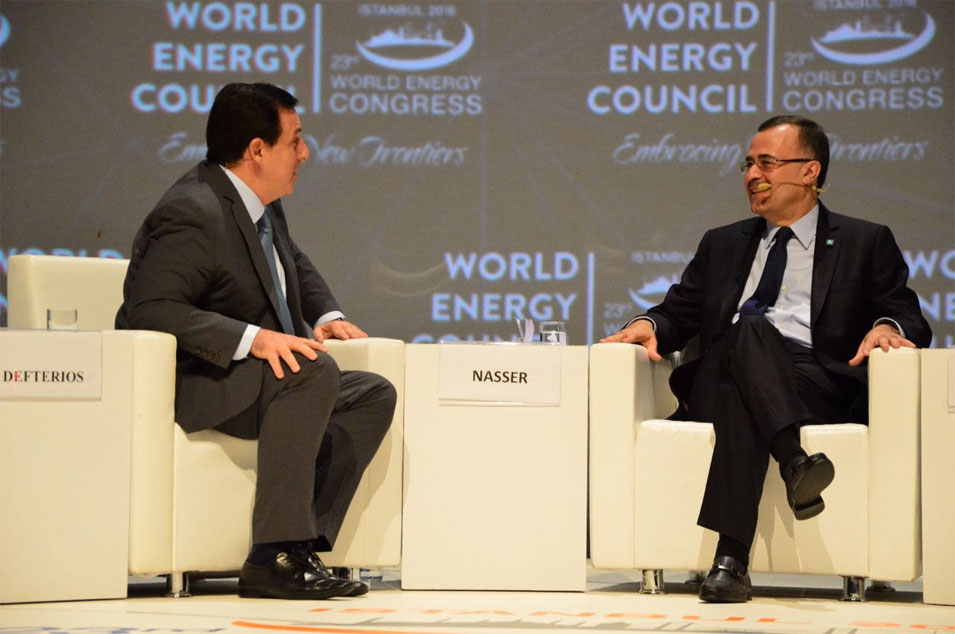 The third component is investment in innovation and technology to make the use of ultra clean oil, as well as overcome the challenges faced by alternatives. When it comes to shaping the future energy landscape in a greenhouse gas-constrained world, we know that our approach must be industry-led, technology-driven, and have real commercial applications.”

Nasser further added that technological advances would help to raise the aggregate recovery factor of Saudi Aramco’s major producing reservoirs to 70%, and increase its oil resources by 100 billion barrels to reach 900 billion barrels.

Discussing the third phase in the future of energy, or what Nasser called Energy 3.0, he indicated that to economically introduce alternative energy sources at scale will require major technology investments, and will be deployed gradually amid growing global fragmentation, nationalism, instability and anti-globalization sentiment around the world.

Addressing the key role Saudi Aramco is playing in the economic diversification and sustainable development of the Kingdom of Saudi Arabia, as set out in Saudi Vision 2030, Nasser said a key component of the Vision is an emphasis on the localization of business activities. “As part of Saudi Aramco’s In-Kingdom Total Value Add program (IKTVA), we will more than double our procurement of locally produced energy-related goods and services to reach 70% by 2021.

While in Istanbul, the CEO took part in bi-lateral meetings with members of the Turkish business community, and announced 18 MOU’s with leading Turkish construction companies, which will further enable investment in the Kingdom to support Saudi Vision 2030.