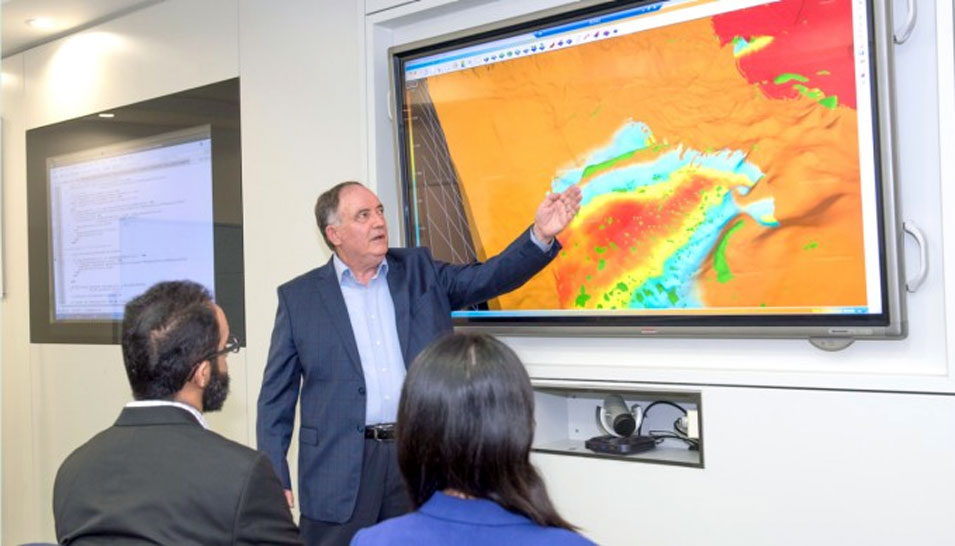 Saudi Aramco’s cornerstone technology, the parallel oil, gas and water enhanced reservoir simulator (POWERS deployed 2000) has taken its next evolutionary step from mega-cell to giga-cell (GigaPOWERS achieved in 2010) and now to tera-cell (TeraPOWERS of 2016) simulation capability.

“This is the world’s first trillion cell run, as well as a major breakthrough for the global scientific community. Using trillions of cells in a reservoir simulation environment was a long-awaited dream for the global petroleum industry and scientific community,” said  Dogru. “We simulated an oil migration problem in the Kingdom from the source rock to the trap with millions of years of history in 10 hours using 1 trillion active computational cells. This achievement opens the door for us to simulate the Saudi Arabian peninsula in its entirety, as one model, using the reservoir simulation grid. This means that we will be able to examine the peninsula under the microscope for new oil and gas fields.” 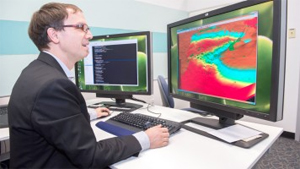 Florian Mannuss, a petroleum engineer systems
analyst in the EXPEC Advance Research Center
(ARC), is part of the team that helped develop
TeraPOWERS.

The breakthrough was achieved using the King Abdullah University of Science and Technology (KAUST) Shaheen II super computer. EXPEC ARC has supported and collaborated on a range of upstream research programs at KAUST over the years. Scientists used 150,000 cores — about 75% of the capacity of the entire computer. Since the computing power requirements are so enormous for computational modeling technology development, KAUST provides EXPEC ARC access to the Shaheen II on an arranged basis. During these special requests, KAUST contributes super computer run time, as well as specialized personnel for system program support to ensure the runs go smoothly.

“We could not have achieved this incredible milestone without the expertise and resources from KAUST, which provided superb support,” said lead TeraPOWERS developer Larry Fung, who was a founding member of the original POWERS and instrumental in the KAUST partnership. “Working on GigaPOWERS over the years — and now TeraPOWERS — has been such an exciting experience. We are driving the industry’s leading state-of-the-art technology and working on one of the largest magnitude of clusters in the industry to deliver a most powerful solution.” 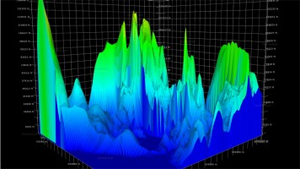 The world’s first trillion-cell run is a major
breakthrough for the company and the global
scientific community. Achieved in collaboration
with the King Abdullah University of Science
and Technology and its Shaheen II
supercomputer, TeraPOWERS will be able to
simulate oil migration problems in the Kingdom
in a fraction of the time it once took.

Since the giant reservoirs of Saudi Arabia are among the biggest in the world, the company requires extremely powerful modeling and simulation capability to understand the mysteries of the underground. No such capability existed in the industry, so EXPEC ARC embarked upon the arduous journey of pioneering its own in-house technology solution in 1994 with just a small team of scientists. The team grew over the years and achieved the million cell simulation milestone in 2000.

With the greater number of cells in the reservoir models, greater detail is provided on the reservoirs. A giant field such as Ghawar — the largest in the world — was not able to be simulated in its entirety with sufficient resolution until GigaPOWERS came along. Suddenly, reservoir engineers could understand connectivity among the various reservoirs and improve the management of the field.

“GigaPOWERS has proven extremely valuable in providing high-impact return on investment for Reservoir Management and Exploration,” said Nasir K. Al Naimi, vice president of Petroleum Engineering and Development. “To be able to model the physics of hydrocarbon reservoirs, from their original generation to their final production, and from the tiny pore-scale all the way to the giant field-scale and even to basin scale used to seem impossible. The TeraPOWERS team is a leading example of the pioneering minds at EXPEC ARC that fuel the dreams and deliver the technologies of tomorrow.” 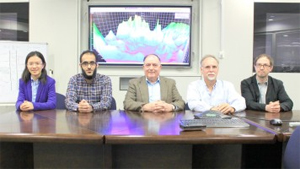 The mission of TeraPOWERS is twofold: to help increase discovery and recovery. TeraPOWERS will catapult the company much further in reservoir management optimization in visualizing not only all of the fields, but also what is happening between them in one enormous model of the Saudi Arabian basin in its entirety.

“With this major breakthrough, Saudi Aramco is taking a big leap toward the goal of implementing a basin simulator that will provide a fuller picture of our assets, allowing the company to become an even more efficient steward of the Kingdom’s hydrocarbon resources,” said Mohammed Y. Al Qahtani, senior vice president of Upstream. “It is also a demonstration of the top talent our company has for managing our oil and gas assets, with great inventive and innovative minds.”