The Saudi Aramco Board of Directors recently appointed six vice presidents at its meeting earlier this month. 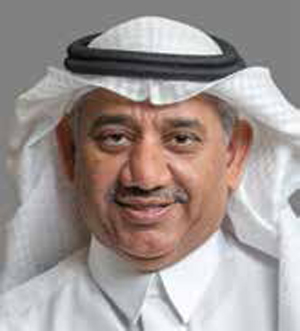 Before being appointed vice president of Human Resources, Nabil K. Al Dabal served as executive director of the admin area since December 2018. Previously, he was acting head of HR.

Prior to this, Al Dabal had been general manager of Training and Development (T&D) since January 2015, after taking on a leadership role with the organization the previous year.

As general manager of T&D, Al Dabal was responsible for the design and delivery of corporate education, as well as T&D programs for the company’s industrial, administrative, and professional workforce.

He had previously served as managing director of (BV) Aramco Overseas Company (AOC) in The Hague from May 2011 to April 2014, with strategic responsibility for Saudi Aramco downstream joint venture investments, project support, and supply chain management activities throughout Europe, the Asia Pacific region, Africa, South America, and the Middle East outside of Saudi Arabia.

Al Dabal, who holds a bachelor’s degree in electrical engineering from Northrop University in the U.S. and an MBA from the University of Hull in the U.K., began his career with Saudi Aramco as a communications engineer in 1991. He eventually took on a supervisory position before becoming an engineering specialist in May 1998.

In June 2002, Al Dabal was named manager of Computer Communications Engineering and Technical Support. He went on to hold managerial positions with several organizations, including the Ras Tanura Refinery, Consulting Services, and Facilities Planning.

In August 2006, Al Dabal was assigned as manager of the Inspection Department, where he remained until moving to AOC in 2011.

Al Dabal has completed a number of executive leadership programs, including the University Executive Program from the International Institute for Management Development in Lausanne, Switzerland. 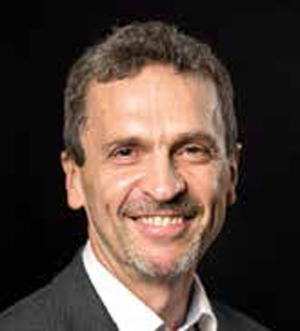 Fergus I. MacLeod has been appointed vice president of Investor Relations, having previously held the position of executive director.

MacLeod joined Saudi Aramco in May 2017 as the company’s first Head of Investor Relations.

MacLeod began his career in the energy industry as a management trainee with Shell in 1982, before moving into investment banking in London in 1986 with J. Henry Schroder Wagg.

MacLeod was head of Global Oil & Gas Equity Research at Deutsche Bank Wood Mackenzie in Edinburgh from 1990 until 2000, where he led a team of analysts in the U.S., Europe and Asia, and worked on a number of major initial public offerings.

After a period running his private advisory firm, MacLeod returned to the energy industry in 2002, when he was appointed as head of Investor Relations at BP, a role he held for 11 years. He worked on a variety of major transactions, joint ventures, and planned mergers. MacLeod also was responsible for the establishment of BP’s Competitor Intelligence organization.

In 2011, MacLeod was appointed as BP’s Head of Strategy and Planning to lead the redefinition of BP’s strategy following the 2010 Gulf of Mexico oil spill.

From 2013-16, he was the lead adviser to Rolls-Royce plc on investor relations and the communication of strategy.

MacLeod holds a bachelor’s degree from Oxford University in the U.K. in politics, philosophy, and economics. He is a member of the U.K. CFA Society. 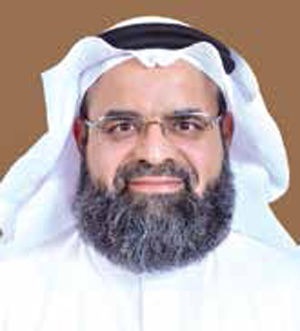 Before being appointed vice president of Pipelines, Distribution and Terminals, Abdullah M. Al Mansour previously served in the position of executive director of the admin area since December 2018.

Prior to this, Al Mansour had been general manager of Pipelines — a position to which he was named in January 2017.

Al Mansour, who completed a bachelor’s degree in applied mechanical engineering in 1990 from King Fahd University of Petroleum and Minerals, joined the company in 1993 as a staff engineer in OSPAS.

He has filled many professional and leadership roles over his career with the company, including working as a performance improvement consultant and planning analyst in Corporate Planning, among other functions.

In April 2002, Al Mansour was assigned as the OSPAS general supervisor of the Terminal Planning Division, and then in May 2003, he began several assignments, including general supervisor of the OSPAS Oil Division, marketing manager in Crude Sales and Marketing, and operations superintendent at Shedgum Producing in the North Ghawar Producing Department.

In July 2010, Al Mansour became the superintendent of RT Terminal Operations, before being assigned as the Terminal Maintenance manager in July 2011.

During his career, he also served as acting manager of the Yanbu’ Refinery, Crude Oil Sales and Marketing, and Central Region Distribution.

Al Mansour has completed a number of executive leadership programs, including the University Executive Program at IMD, and the Advanced Management Program. 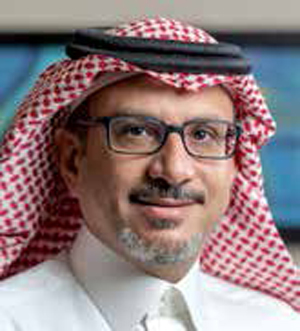 Before being appointed as vice president of Community Services, Nabil A. Al Nuaim served as executive director of the admin area since January 2018. He is also currently the chief digital officer for Saudi Aramco.

Prior to January 2018, Al Nuaim served as head of Transaction Development and was responsible for executing joint ventures, mergers and acquisitions, divestitures, as well as third party and other transactions.

He has over 26 years of experience in oil and gas, renewable energy, power industries and investment management — both in Saudi Arabia and abroad.

Al Nuaim worked with several Chinese entities to sign agreements during president Xi Jinping’s visit to Saudi Arabia in January 2016, and during the visit of The Custodian of the Two Holy Mosques, King Salman, to China in March 2017.

Al Nuaim holds both a bachelor’s degree and a master’s degree in electrical engineering from King Fahd University of Petroleum and Minerals, and Texas A&M, respectively. He also obtained an MBA from MIT Sloan Business School. 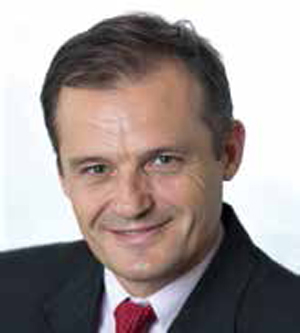 Olivier G. Thorel has been named vice president of Chemicals. Thorel previously has been holding the position of executive director of the same organization since January 2018, when he joined Saudi Aramco.

Thorel joined Shell in France in 1990, and held various positions in the Chemicals business in manufacturing, sales, marketing, supply chain, and as global general manager — based in France, the Netherlands, and London until 2006. He then led the global base oil business, and thereafter became vice president of supply, distribution, and pipelines for Shell in North America, based in Houston.

Thorel graduated in 1988 from Ecole Polytechnique (science and economics) and holds a master’s degree in finance from Universite Paris-Dauphine. He completed an executive MBA at INSEAD in 2002. 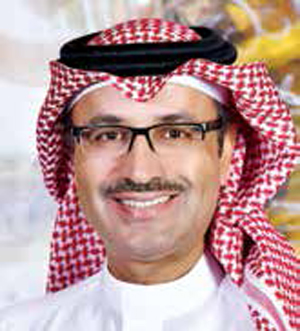 Before being appointed as vice president of Safety and Industrial Security, Aali M. Al Zahrani was named executive director of the same organization in January 2019.

Al Zahrani had previously been general manager of Industrial Security Operations, a role he took on in July 2016, following a successful acting assignment in that position commencing in 2015.

Prior to that, Al Zahrani completed an assignment as acting general manager of Public Affairs, following a series of assignments as manager of both Abqaiq Plants Maintenance and Operations departments. He had previously been manager of the Sea Water Injection Department — an assignment that followed a supervisory role with the same organization.

Al Zahrani began his career at Saudi Aramco in 1991 with the Maintenance Engineering and Fault Analysis Group, after completing a bachelor’s degree in systems engineering from King Fahd University of Petroleum and Minerals.

He took on assignments with various facilities in Abqaiq, as well as Maintenance Engineering, before joining the Operations Engineering System Support Unit, where he carried out supervisory and superintendent duties until taking an assignment as assistant to the executive head of Southern Area Oil Operations in January 2007.

Al Zahrani completed an Internship Development Program in the U.S. in 1994 with Emerson — specialists in manufacturing electronics and control systems. He attended the Executive Management Program at INSEAD Business School in 2011, and participated in the Asia Business and Culture Program in China in 2012.

In 2019, Al Zahrani became a board member of the Saudi National Security Services Company.