The Art of Islamic Calligraphy

“The first thing God created was the pen.” (Muhammad) 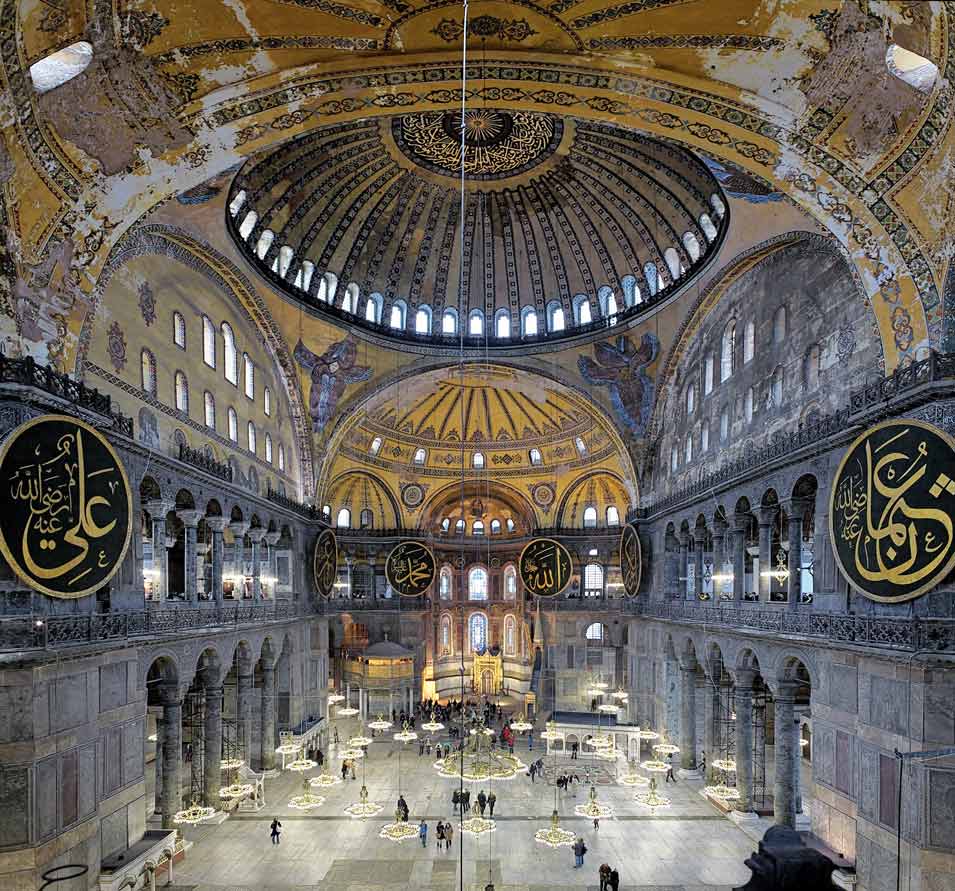 Interior of the Hagia Sophia

Islamic calligraphy in general and Arabic calligraphy in particular are expressions of an exquisite art form comparable in its genius to those of China and Japan. Examples dating from the rise of Islam are highly prized by museums and collectors the world over as timeless manifestations of the moral character of the individuals who crafted them. In the pre-Gutenberg Age, when copies of the Qur’an were painstakingly created by hand, calligraphy was an essential element in preserving and conveying the message of the Prophet. Islamic calligraphy includes varietal Arabic, Ottoman, and Persian calligraphy and is referred to in Western literature as khatt Islami , meaning Islamic line, design, or construction.

Through the ages since the birth of Islam, subsequent practitioners of the art have looked to the great canonical Arab calligraphers—11th century master lbn al-Bawwab (translatable as “son of the doorman”), credited with penning 64 Qur’ans, among them—seeking to learn from their example, reconstruct their techniques, and preserve and transmit their genius to new generations. Beginning even before ibn al-Bawwab, apprentices underwent years of intensive training studying the works of the acknowledged masters and learning to create copies in styles emulating theirs. In the process, they became links in a chain of artistry that now stretches unbroken over a fourteen-hundred-year span.

They worked primarily with black ink comprised of a mixture of soot (preferably scraped from mosque lamps), gum arabic, and water, For materials to write on, they initially turned to papyrus or parchment before the use of paper was introduced in the 10th century. Among their most treasured possessions were papers fashioned from rags, bark, hemp, bamboo, and other organic materials imported from China and carried to Arabia via traders’ caravans over the Silk Road. Those delicate sheets were literally worth more than their weight in gold.

Calligraphy and Islam are inseparably intertwined. Prior to Muhammad, Arabic was the oral language of nomads with few examples transcribed into writing. When the Prophet’s successor, Caliph Abu Bakr, commanded that the revelations be gathered into a book, the creation of the Qur’an essentially gave birth to Arabic calligraphy. Because they were transcribing the spoken word of God into written form, calligraphers were tasked with creating a script beautiful enough to be worthy of the task. Properly understood, Arabic calligraphy is much more than flowing penmanship and dazzling decoration and abstract beauty. At its best it is a statement and affirmation of the divine and moral values inherent in Islam and expressed in the holy Qur’an; at its best, it elicits a spiritual, visceral response in the viewer; at its best, it represents sublime artistic expression and dedicated scholarship at their finest.

During medieval times, some Islamic calligraphers worked in a fashion that was their interpretation of the style of script of an acclaimed master, staying close in character to the original. Others assimilated those earlier classic styles into their work, using them as starting points for developing their own particular styles. In both cases, but in contrasting ways, classic stylists had a distinctive influence on later generations of calligraphers. Trying to identify the specific ways their influence was felt is no easy task, and different interpretations abound. We acknowledge there are ample grounds for debate without taking sides. Settling such issues or even lightly glancing over them is well beyond the scope of this article.

The Arabic alphabet consists of 28 letters whose complex, curving, script-like renderings offer artists a wealth of options for crafting a distinctive, expressive calligraphic style, The first letter, Alif—“ ا” —provides the base ratio for calculating the characteristics of all other letters in the alphabet. Ibn Al-Bawwab is credited with developing a measuring system using square dots to gauge a letter’s height and width. After the calligrapher creates the alif, he measures the mark by pressing the tip of his pen (in past times traditionally fashioned from dried reed or bamboo; today metal styluses are sometimes used) to the paper, creating a square known as a point. Letter pointing using dots helps distinguish consonants from each other. Without this process, known as Naqt or l’jam, some consonants would be impossible to distinguish from one another.

The script employed by Nabateans who built the rock cities of Petra and Madâin Sâlih survived their culture’s demise and greatly influenced the development of Arabic calligraphy. The earliest recognized style of Arabic writing, Jazm, known for its stiff and angular characteristics, was based on Nabatean script.

Born in Anatolia and working as a slave in the court of the last caliph of the Abbasid caliphate, Abu’l-Majd Jamal al-Din Yaqut—also known as Yaqut al-Musta’simi (d. 1298)—revolutionized how the pen tip was cut, giving it a slanted tip and instilling new life into letters developed by ibn al-Bawwab.

While over 100 different styles of Arabic calligraphy have been identified, seven distinctive categories of cursive script are generally agreed to have evolved over time, becoming ever more refined and elegant: the Naskh, Thuluth, Muhaqqaq, Rayhani, Tawqi, Riq’aa, and Nastaliq scripts. 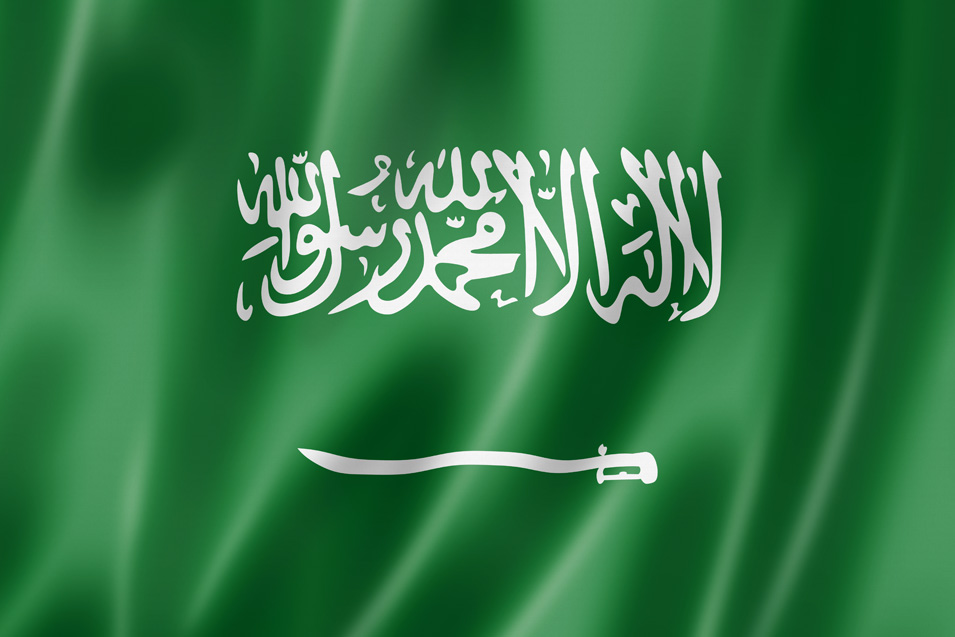 Later Ottoman calligraphers created a style called Ruq’ah which has since developed into a widely-used script in Arabic handwriting today.

Beginning in Iraq in the mid-1940s, a modern art movement incorporating the use of traditional Arabic calligraphy and blending it with modern artistic aesthetics has developed known as the Hurufiyya movement. The Hurufiyya art movement extends well beyond painters and calligraphers and can be seen in a variety of media, including ceramics. In their own distinct way, Hurufiyya artists are continuing and reinterpreting a legacy dating from the earliest days of Islam. Their work attests to the enduring vitality of Islamic calligraphy.

lbn al-Bawwab wrote a famous poem, “Ode to Calligraphy,” which captures the deep moral essence of the art:

In the name of God, the
merciful, the compassionate.
To him is the voyage and the
return.
O you who seek perfection of
writing and desire beautiful
calligraphy and forms,
If your dedication to writing is
true, then be pleased that
your Lord has made it easy.
Learn all the pens [styles], each
one treasured and lively, that
make the inky art like the
jeweler’s craft. [...]

Don’t be ashamed by the
ugliness you will write in the
first stages of your practice,
Because the job will be hard,
then easy. How often ease
comes after distress.
When you have reached the
goal you desired and you are
pleased and happy,
Thank your God and follow his
desires. God loves the
thankful.
Be pleased with your hand,
whose fingers write so well,
leaving beautiful works
behind in the abode of
illusion. [...]

According to lbn al-Bawwab, the mission of the Arabic calligrapher is to “seek perfection of writing and desire beautiful calligraphy and forms.”

If readers wish to see for themselves first-hand how ibn al-Bawwab applied this credo to his work, it will require that they make a visit to the Chester Beatty Library in Dublin, Ireland where the last remaining example of the 64 copies of the Qur’an he penned is preserved.

Arabic calligraphy faces serious challenges today in the face of massive technological innovations in the fields of digital printing and typography. Typography and calligraphy are in many ways related but are decidedly different in others. The rules and practices of traditional Arabic calligraphy are not easily applied to modern Arabic typography, and vice versa. Many typographers would prefer to throw out what they consider to be the counter-productive constraints imposed on them by traditional calligraphy-based scriptural writing systems. Boosters of modern typography argue that legibility and readability of Arabic characters should be paramount.

Saad D. Abulhab from the City University of New York, in an article published by the Rhode Island School of Design, argues the typographers’ case this way:

In our global interdependent economy, driven by global technology, Arabetic typography and computing have much less opportunity to freely evolve through local intrinsic forces as others did, especially when it is being restricted by today’s complex high tech solutions. But fortunately it does not, and would not need to, do it locally. Instead, Arabetic typography needs only to adhere to the rules of global competition, economical and technological, to succeed, flourish or even survive. Arabic should once again be faithful to its historical past of creative flexibility and adaptability. It should embrace technology by becoming an independent loyal partner to it, not a dependent burden on it. It should embrace simplification and abandon exaggerated rules that compromise both its users and its ability to survive global competition. Arabetic typography must free itself from its handwriting-imposed conventions in a script world not governed anymore by handwriting rules alone.

Supporters of tradition, meanwhile, strongly object to moves that abandon long-established aesthetic norms taken by technology-driven innovators like Abulhab. Mamoun Sakkal from Sakkal Design in Bothell, Washington argues the case for keeping the ties to traditional calligraphy this way:

I think those who believe that typography should strictly adhere to calligraphy are in the minority. It may be more reasonable to say that some want typography to be based on calligraphy and others don’t think that this is necessary, or think this is even undesirable.

I am in the first group because I strongly believe that calligraphy is the sound foundation for recognizing Arabic text and for shaping the Arab aesthetics in connection with text. Typography is a practical or applied art whose paramount function is communication, and communication requires that any new forms produced should still be related to those forms that are familiar to millions through a period of more than a thousand years.

There is, of course, some need to be able to reproduce Arabic calligraphy in an authentic way, but the majority of type designers do not subscribe to this opinion, rather they know that typography is and should be different. The question is how different. Without ruling out the possibility and validity of designing typefaces with totally novel forms, the fact is we have a tremendous wealth of calligraphic styles which make it quite easy to come up with styles that are quite modern while at the same time based on traditional models. This is true in two senses: one, the basic architecture or structure of the letter forms has to be recognizable and thus similar to the basic archetypes of the script, and two, there are hundreds or thousands of calligraphic variations on the common styles that make it easy to deviate from those common styles.

We leave it up to our readers to judge for themselves which side of this debate has the better arguments. However intense the argument may get, let us not allow it to interfere with our enjoyment of the rich and exquisite history of Arabic calligraphy.