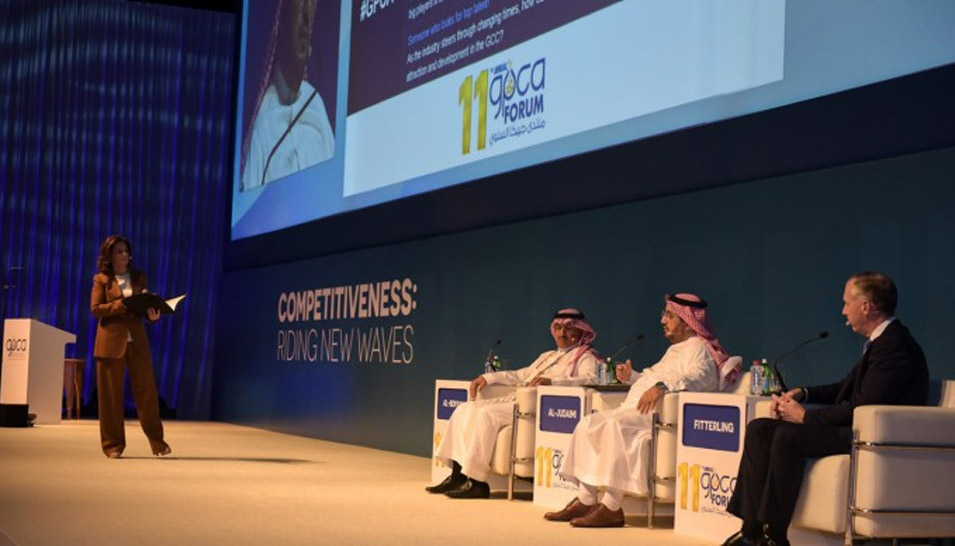 The right strategies to achieve competitiveness and growth in the chemicals industry were the focus of a keynote speech by Abdulaziz Judaimi, Business Line Head of Downstream, Saudi Aramco, today at the 11th Annual Gulf Petrochemicals and Chemicals Association (GPCA) Forum in Dubai, UAE.

In his speech, Judaimi touched upon market conditions, the economic drivers of change in the region and the pivotal role of the chemical industry in adding tremendous value to the overall global energy landscape.

Judaimi said: “The only way to sustain competitiveness and growth – which is the theme of this conference – is to continue developing more differentiated, higher value products; continue creating strong brand identities; and continue upgrading to stay ahead of the curve.”

He added, for more than 80 years, the region’s preeminence in the global upstream sector has been the bedrock of its strength and allowed the region to become a global petrochemicals hubs. However, he stressed that the region was at a development point where it cannot continue to depend on a single economic engine.

He was also clear about the huge task facing the region if it is to catch up with the rest of the chemicals industry: “When just two-and-a-half percent of the revenue is made here, and less than one percent of the industry’s workforce is employed here, that is neither good enough nor sustainable enough.”

“Instead, the development of the non-oil private sector, including the chemicals industry, has become a strategic necessity for the region,” said Judaimi.

Having in place the right strategies would enable the chemicals industry to shift gears rapidly and take its place on the pedestal of the overall energy industry.

“Clearly, there will continue to be opportunities to invest in the large-scale integrated base petrochemicals projects, underpinned by advantaged feedstocks, which have defined the development of our region’s chemical industry,” said Judaimi.

He added that all these were encapsulated in Saudi Aramco’s downstream strategy, reflecting its leadership role in chemicals as an economic and social driver to achieve the development objectives of Saudi Vision 2030.

Judaimi outlined four key areas which can be achieved under in the industry’s collective efforts.

First, refining-petrochemicals integration where he emphasized the importance of a better balance and integration of the upstream and downstream businesses.

“A base level of integration can be achieved by adding value through shared infrastructure, utilities, and services, without compromising operations on either side. Higher levels of integration can be achieved with stream transfers, capital improvements that benefit both refineries and chemicals, and overall site optimization of operations,” he said.

He said that in 2017, nine of Saudi Aramco’s 15 refineries will produce chemicals, with conversion rates that can go to 20 percent of the total crude processed.

“Production differentiation, by contrast, brings added value and a higher degree of margin stability,” he said.

Third is innovation and technology to enhance processes and create new products and industries. Judaimi said that some of the company’s most recent achievements are the results of partnerships to create value through innovation such as Saudi Aramco’s joint efforts with SABIC to study the conversion of crude oil directly to high-value petrochemicals as well as the company’s recent acquisition of the Converge polyol technology from Novomer.

The final and fourth area is talent. According to Judaimi, without a highly skilled workforce none of the efforts to change will work.

The Gulf Petrochemicals and Chemicals Association (GPCA) represents the downstream hydrocarbon industry in the Arabian Gulf. Established in 2006, the association voices the common interests of more than 250 member companies from the chemical and allied industries, accounting for over 95% of chemical output in the Gulf region. The industry makes up the second largest manufacturing sector in the region, producing up to US$108 billion worth of products a year.