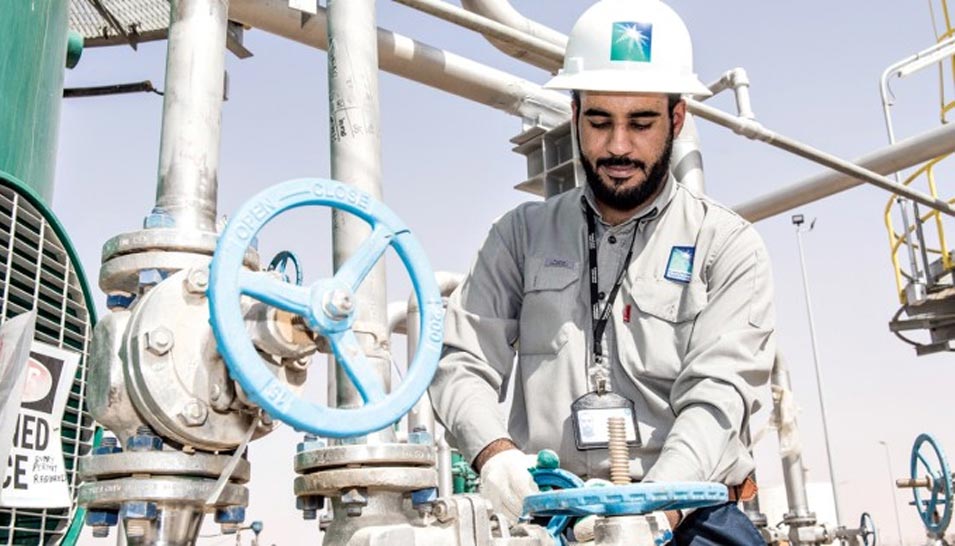 In the heart of the desert, and close to Pump Station 3, which is only 100 kilometers from Riyadh, there is a story worth telling — a story whose heroes are young Saudis working at Saudi Aramco facilities who are involved with the important achievement of building the first two booster compressor stations in the Kingdom. 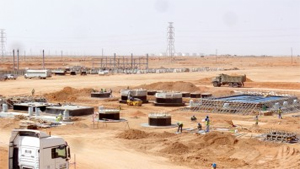 The project site at the beginning of construction
works. The main goal of the project is to fulfill
the rising gas demand of the Kingdom.

These are the first in a series of stations that will lead to a breakthrough and help meet the rapidly increasing demand for natural gas in the Kingdom. They will also reduce the demand for crude oil and its use in power generation, as well as promote environmental conservation through the use of natural gas as a clean fuel.

Why This Project is Important

Domestic natural gas demand has been increasing, driven mainly by the facilities and industrial sectors. To meet this demand, the company has adopted a two-phase plan to expand the Master Gas System (MGS). The first phase will be completed by the end of 2017, increasing the capacity of the MGS to 9.6 billion standard cubic feet per day (Bscfd). The second phase will bring that capacity up to 12.5 Bscfd in 2019. 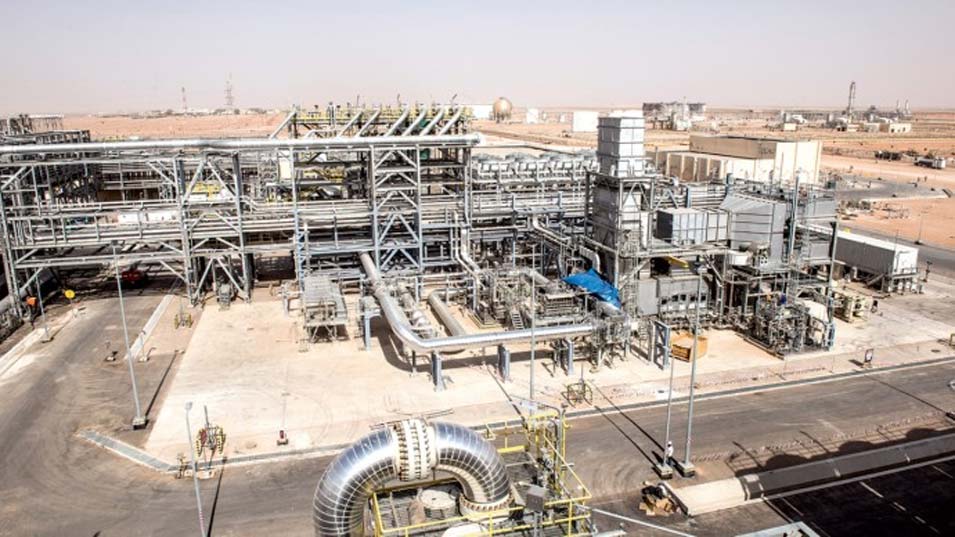 The project will help maintain business continuity and to fulfill gas demand as it enables the company to meet its commitment to supply sales gas to the King Abdullah Economic City and the Rabigh-2 IPP. The project will also enhance the Kingdom’s economic growth by displacing the burning of crude oil with sales gas.

A Story Worth Telling 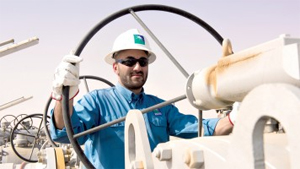 Mohamed Manzouri: “Although most construction
work supervisors since the beginning of the
project were young people, all work areas have
record achievement rates.”

Perhaps the most striking aspect of this project is who makes up the majority of construction work supervisors: young people. It is a remarkable sign of the energy, competency, and confidence of a new generation of leaders.

In the beginning, Mohamed Manzouri, an engineer on the project, said, “Most construction work supervisors since the beginning of the project have been young people. Although some of them are fresh graduates working on their first project ever, completion rates are outstanding across all project areas. These young men follow up work progress with contractors on a daily basis, and we discuss work and share experiences every day.”

Contributing to the Kingdom's Development 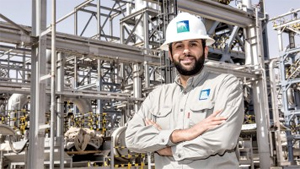 Fahad F. Al-Rashid: “The project area that you see
now was a desert, but we managed to turn it to a
busy work field thanks to the devoted efforts and
encouragement by management.”

Fahad F. Al-Rashid, who is in charge of completing the mechanical works of the project, says, “We started this project from scratch. All the area that you see now was a desert, but we managed to turn it to a busy work field thanks to the devoted efforts and encouragement by the management.”

As for the nature of the mechanical works that he performs, Al-Rashid says, “We are now finishing work on the Black Powder Unit; a unit where impure gas is passed through 12 purification cycles, and then through another filter.”

“We have more than 90 Saudi Aramco engineers here. Our role is to enhance communication between all project stakeholders, whether the contractor, operators or Saudi Aramco management. We work 12 hours a day without ever feeling tired or overworked, because we always keep our eyes on the ultimate objective — the accomplishment of a huge project that will contribute to our country’s development.” 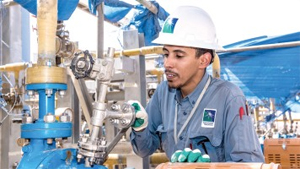 Thiyab M. Al-Oufi: “I consider this project my real
beginning as an engineer. We have a mix of
experienced youth and others who are working
for the first time on such a mega-project.”

“My Real Beginning as an Engineer”

Thiyab M. Al-Oufi, an assistant engineer, supervises the Utilities and Electrical Unit in the project, stresses that since his first day at work, the project administration put their trust in him and asked him to supervise the creation of this unit despite being his first project.

“I am eager to take part in this project. I consider it my real beginning as an engineer. We have a mix of experienced youth and others who are working for the first time on such a mega-project,” Al-Oufi said.

Linking the East and West 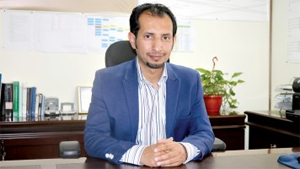 Saleh Al-Wadie: “Although 90% of workers have
less than two years of experience, and 17 of the
new hires have joined the project only one year
ago, we put them at the heart of the work and
put our trust in them."

The acting project manager, Saleh Al-Wadie, explained the details of achievements in the project by saying, “This project is one of the strategic transformation projects in the Kingdom that targets displacing oil with gas, and linking the Kingdom’s East and West Coasts through the MGS. It will save more than $500,000 worth of crude oil that would have been burned to generate power. This is the first time in the history of Saudi Aramco that we have established booster gas compressor station facilities.”

“Thanks to the efforts of the citizens of this generous country, and with accurate follow up by the leadership, this project was awarded an international prize from the Construction Industry Institute in Orlando, Florida, before its completion. We will receive the prize during the institute’s annual conference soon,” said Al-Wadie. Al-Wadie added that the real hero behind this achievement is team work, responsibility, and the exchange of knowledge.

“Although 90% of workers have less than two years of experience, and 17 of the new hires have joined the project only one year ago, we put them at the heart of the work and put our trust in them. In return, they have innovated and made this achievement possible. We gave powers to young people, under supervision of the administration, and made sure that they were able to overcome challenges. We now have a complete generation of young people who can manage a big project on their own; this is an achievement in itself to be added to our big achievements,” Al-Wadie said.