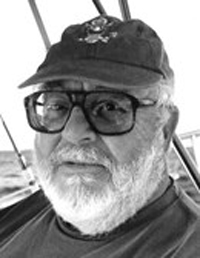 Born and raised in Waterbury, Connecticut, Al resided in Southbury, CT 1968 - 1974. While in Southbury, he was a member of the Southbury Democratic Party and served on the Board of Tax Review.

Al had a long career in institutional food service management and teaching positions at several regional hospitals; the University of Connecticut; the Culinary Institute of America (Poughkeepsie, NY); South Central Community College, New Haven, CT; and with SAUDI ARAMCO Oil Company in Dhahran, Saudi Arabia. In 1992, after 15 years of overseeing all foodservice operations for oil drilling workers throughout Saudi Arabia, he retired to Navarre, Florida.

His parents, Daniel and Mary (Lintner) Sullivan were originally from Ireland and Austria respectively. Born on Election Day November 7th, 1928, Alfred was named after then New York Governor Alfred E. Smith, the first Irish Catholic Presidential candidate. Al, the youngest of 10 children was predeceased by his parents and all of his siblings: Francis, Thomas, Joseph, Daniel, Edward, James, Rita, Maureen, and Robert.

After graduating from Waterbury's Sacred Heart High School in 1946, he joined the U.S. Army, trained as a Medic and was stationed for most of his Army tour in southern, post-war Japan and the Philippines.

Following his Honorable Army Discharge in 1948, he enrolled on the G.I. Bill at the University of Notre Dame in South Bend, Indiana graduating in 1952 with a B. S. of Commerce. He always maintained a special fondness for Notre Dame, going to reunions, football games, and alumni clubs wherever he lived, including his 65th reunion in South Bend in May 2017.

He is survived by the love of his life, his Finnish wife of 36 years, Satu Havanka Sullivan of Navarre, Florida, his four children Hugh John Sullivan (Diane); M. Aelish Clifford (John); Owen M. Sullivan; and Deirdre A. Sullivan (Ed Harbur); as well as his seven grandchildren; Kate Clifford (Matthew Collin); Morgan Clifford (John Howell); John Patrick "JP" Clifford III (Jessica Gander); Aelish B. Sullivan; Hugh Chester Sullivan; Patrick "Mac" Hart; Owen S. Hart; and two great-grandchildren: Hannah Howell and Mary Collin, and his former wife, Joan O'Shea Sullivan of Southbury. He is also survived by numerous nieces, nephews, cousins, friends from Notre Dame, and many friends from his extensive travels throughout the United States and around the world. In lieu of flowers, please make a memorial donation to the charity of your choice.