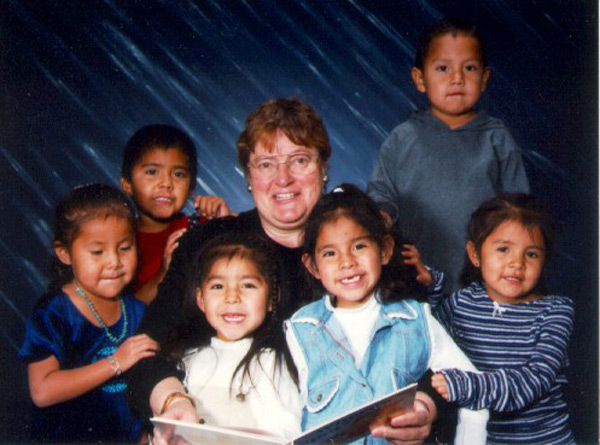 She received a Bachelor’s degree in Education, a Master’s degree in Urban Planning and had been working on her PhD in Literacy.

Prior to joining Aramco in the 70’s, she taught at the International School of The Hague. As a Kindergarten teacher in Ras Tanura, her goal was for the children to love school, and for learning and academics to be part of the whole.  She later transferred to Dhahran in the 80’s, where she was the assistant to Marlon Townsend, Manager of Aviation.

She was active in the Dhahran Chorale and performed in the DTG production of The Mikado. She was most noted for hosting art exhibits in her home, known as Panache Gallery, to showcase resident Aramco artists. She loved to travel and her collections were legendary, with an emphasis on Middle Eastern and Asian textiles, jewelry and carved architectural detailing. Many of her pieces were donated to museums.

Following her departure in 1986, she moved to New Mexico where she taught Adult Literacy on the Navajo Reservation. Her classes included the children of her students and she later won an award from Washington, DC for the creative program she developed, to engage the multiple generations. This encompassed the many cultural similarities between the Navajo Trickster Coyote and Sponge Bob Square Pants!

This tribute from Bill Adams, one of her RT students many years ago, says it best.

“Barbara turned kindergarten into a magical kingdom of fun and imagination.  No two days were ever the same.  Arts & crafts, music, reading, singing, games, laughter, friendship, snacks and naps.  What more could a kid want.  Outside of school she was an extension of our family.  At many gatherings, she wowed us with tales of her travels, and shared unique pieces of art and jewelry bringing her vivid stories to life. Barbara represented all that is great and wondrous about life, and will be missed by all that knew her.”