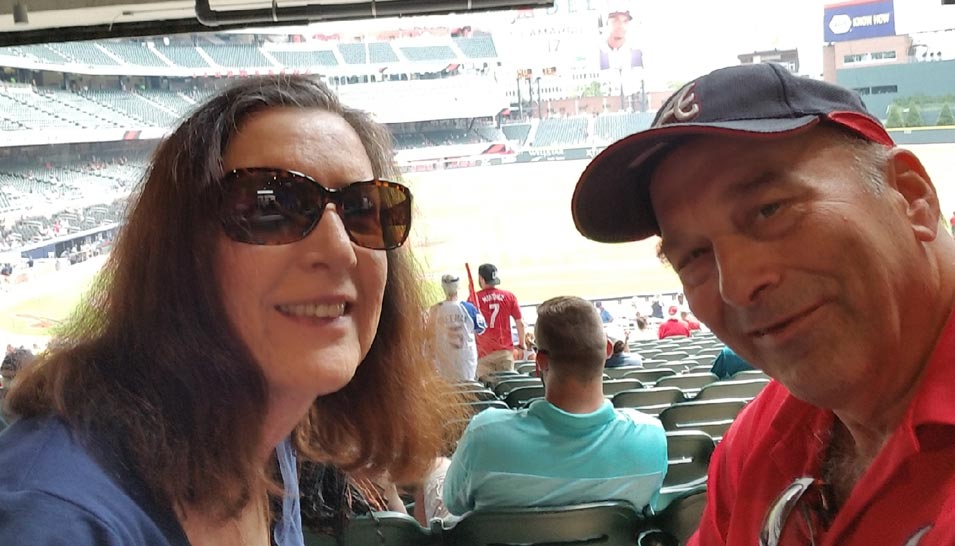 Brenda Ferguson Brodie went peacefully surrounded by family holding Hall’s hands to be with her Lord and Savior, Jesus Christ, on February 7, 2019 after a courageous battle with colon cancer. Brenda was born in Lynchburg, Virginia on March 8, 1953 but spent her formative years growing up in Northern Virginia in the shadow of the government where she developed a deep love for her country. She graduated from Virginia Tech in 1975 where she met and fell in love with her husband, Hall. Her most important love though was Jesus Christ who guided her through all the days of her life. She also immensely loved her family who she leaves behind: her beloved husband, Stevan Holman (Hall) Brodie, her son, Kyle Holman Brodie, daughter-in-law, Meghan Stahling Brodie, and her granddaughter, Grace Abigal Brodie, who was born on Brenda’s birthday in 2018, and her daughter, Layne Wallis Brodie. Brenda also loved her extended family, Susan Brodie Brant and Don Brant and Jane Brodie Jones and Rick Jones as well as her numerous nieces and nephews whom she loved immensely and who brought her such great joy.

In 1979, one year after their marriage, Brenda and Hall moved to Saudi Arabia on their grand adventure! That adventure turned into a 19 year overseas career in the Middle East which included the births of both their children. It was also there that Brenda developed her skill and love of cooking, event planning and volunteering. Living in a small, close-knit expatriate community, she developed some of her closest friendships that continue today.

Upon her return from Saudi and not one to draw attention to herself, Brenda quietly went about volunteering where she saw a need as well as with every activity in which her children were involved. Brenda also spent an enormous amount of time as an employee, parent, volunteer and huge sports fan at Westminster where Kyle and Layne attended elementary, middle and high school. Brenda was a Wildcat through and through. She also enjoyed using her cooking and baking skills to provide meals to the homebound of her church, Northside United Methodist Church, to the men of Trinity Community Ministries, and to the young adults at Covenant House. In the last months of her life, when she had the energy, she and Hall made and delivered baked goods to the doctors, nurses, and staff of Piedmont Cancer Institute’s infusion center where she was being treated.

In the final year of her life, she was able to develop a very close relationship with her sisters-in-law Jane Jones and Susan Brant as well as their extended families. Their support, emails, phone calls, personal visits, cards/children’s artwork and Facetime/video performances by the little ones all lifted her spirits and helped her through the after effects of chemotherapy. She also received tremendous support from her Atlanta friends and her Westminster co-workers including calls, emails, lunch visits, etc. It was a blessed year which included the birth of Granddaughter Grace Abigail Brodie, celebrating her 40th wedding anniversary with Hall, her 65th birthday, Layne’s induction into the Westminster Sports HOF, a trip to Chicago to visit Layne’s new home, numerous trips to Richmond to see Grace, Thanksgiving dinner with 29 family members, and attending Grace’s first Christmas.