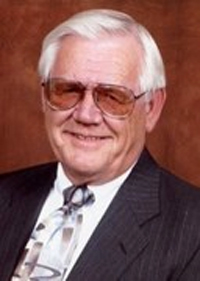 Brett Ross Eikenbary, 70, died Thursday, April 6, 2017 at Longmont United Hospital. He leaves his wife of 52 years, Susan Ranney Eikenbary; his three daughters, Alexandra Eikenbary, Brook Gerace and Natasha Eikenbary; grandsons Jaxon Gerace and Lincoln Gerace; and his sister Beth Ann Eikenbary. Born in Denver, the son of Albert Ralph Eikenbary and Beverly Rose Boillot, Brett grew up in Grand Junction. He graduated from GJ High School in 1964 and later from the University of Colorado Engineering School. While in high school, he earned his Eagle Scout rank; he also met Susan Ranney, and the two married on March 29, 1965. They moved to Longmont in 1997. Brett started his engineering career with Peter Kiewit Sons' Co; in 1970 he went to work for Flatiron Structures in Boulder. He took a position with ARAMCO in 1977, and the family moved to Ras Tanura, Saudi Arabia. While with ARAMCO he also worked in The Hague and Italy. Back to Boulder by 1987, he spent time in Alaska on the Valdez cleanup. He was a PMI certified Project Management Professional (PMP) working for G E Johnson Construction until he retired in 2011. He loved rock climbing, hiking and backpacking in the Colorado Rockies, both with family and friends; he conquered many 14ers. Later he joined the Friday Night Handicap Bowling League in Fort Collins and took up golfing. He also served on the Master Board of Appeals for the City of Longmont. He loved being a father to his 3 daughters, working with Girl Scouts in Saudi Arabia. Being "Grandpa" to Jaxon and Lincoln brought him great joy, and in retirement, he became the doting companion to Skye, a golden retriever. His friends and family were dear to his heart. Memorial service will be 2:00 PM, Sunday, April 23, 2017 at Ahlberg Funeral Chapel. In lieu of flowers the family would appreciate remembrances be made to the National Kidney Foundation , 1391 Speer Blvd., Suite 250, Denver, CO, 80204.