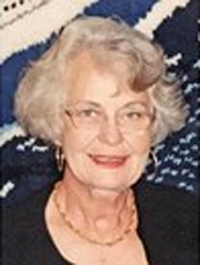 Her strong will to live, unwavering faith in God, and the love and prayers of family, friends, and many supporters carried her through 10 grueling months of pain. Yet even throughout her own struggle, she faithfully cared for family and friends through many ways including prayers, cards, food, and phone calls.

She possessed a true servant's heart and always put the needs of others before her own. She was a woman of strong faith, believing in the power of Jesus Christ's love and the beauty and peace that would await her after her passing. With a real zest for life, Sue loved to read, send cards, go for walks, play bridge, travel, and chat with family and friends...just to name a few.

The family will receive friends on Thursday, September 7, 2017 from 4:30pm - 6:30pm at Weatherford Mortuary. A memorial service will follow at 6:30pm with Pastor Kenny Rains officiating. The family would like to extend a special thanks to the Methodist Medical Center CCU nurse Kate, special neighbors David and Sharon Chamblee, her church family, and Pastor Kenny Rains. In lieu of flowers the family requests memorial donations be made to Tennessee Baptist Children's Home.