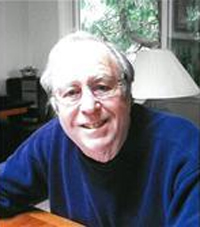 James "Jim" Carroll Allen grew up mostly on his grandfather's farm near Glendale, California, with extended family, who relied on each other and the farm for good food and company during the Depression. After serving in the navy from 1945-48, he earned a Master's in Public Health from UCLA. He married a fellow student, Barbara Jean Crane. They raised three daughters: Ginger, Jill, and Jane.

Jim had a long career dedicated to the science and mission of public health to provide clean food, water and sanitation. In 1960, the family embarked on a decade of international adventure as Jim took jobs around the globe: five years with the World Health Organization in the West Indies; three years as a professor at the American University of Beirut; and two years with Aramco in Dhahran, Saudi Arabia. In 1970, he joined the Alaska State Division of Environmental Health. Based in Anchorage, Alaska, for the next 20 years, he traveled the state, investigating disease outbreaks ranging from gastroenteritis in a trailer park to trichinosis from walrus meat.

When Jim was in his early 50s, the second part of his life began. He and Barbara divorced, but he wasn't single for long. He met the love of his life through his daughter Jane, who was studying tourism at the office of the Larry Beck show. When Jim's visits became more frequent, it became apparent that he was mostly interested in meeting the woman who ran the office, Anita Stallings. Jim and Anita married in 1982. He remained devoted to her for the rest of his life. In 1992, they retired in Everett, Wash., where Jim loved to cook for Anita and friends. They became RV nomads each summer, either returning to Alaska or touring national parks for Jim's "retirement" job as a sanitation inspector for the National Park Service.

Kidney failure kept Jim close to home for the last nine years of his life. Although hemodialysis was grueling and he missed Alaska, he was always upbeat. He cared a lot for the people who took care of him. Grateful for their friendship and kindness, he told stories and jokes, and greeted people in their native language.

Jim died on April 9, 2019, at Harbour Pointe Senior Living in Mukilteo, Wash., with his dear Anita and daughters Jill and Jane by his side.

The family is deeply grateful for the magnificent care he received there and thank the staff from the bottom of our hearts.