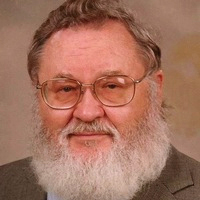 As a young teen, Jim was interested in building rockets. He was able to have several successful firings of his rockets near his childhood home both in Lucedale and at his father's farm. He will be remembered for setting a few of his father's fields on fire during some of his less than stellar shots.

Jim graduated from Lucedale High School in 1959. He graduated from MSU in 1963 where he majored in mechanical engineering. Jim completed graduate school and all of his course work for his doctorate degree in mechanical engineering. As a young man, he worked in Huntsville AI helping to design the components of the Saturn rockets. In the mid 70's he began work for Saudi Aramco Oil Company, the world's large oil company. There he rose to.the highest technical position in the company. While working in the New Orleans area, he designed the pumping system for the Strategic Oil Reserve.

Among some of the awards that Jim received after retirement are:

Jim was a man of many talents. He loved to sculpt, design and create furniture and to paint in oils and watercolors. He was involved in civic projects. Three projects of which he was especially pleased to be a part of were the local library statue, Story Time, that depicts a grandmother reading to her grandchild, the veteran's war memorial sundial and the Nancy P. Corley Bridge, both of which are located in City Park. Jim enjoyed being a guest lecturer for the Spirit class, hosting star parties, being a jolly old elf during the Christmas parade and being known as “The Magic Quarter Man" by the young children of Lucedale. He said that moving back to Lucedale was the second-best decision he ever made. He always said that his best decision was that of marrying his wife, Nancy.

Visitation will be Monday, October 16, 2017, at the First United Methodist Church of Lucedale, from 9:30 am to 11:00 am. His funeral service will follow at 11:00 am. Entombment will be in Magnolia Cemetery.

A Man of Many Talents