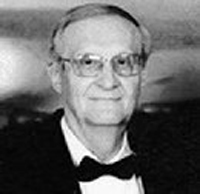 James Edward Neer age 88, of Austin, Texas, formerly of Mechanicsburg, Ohio died Friday, May 4th, 2018 in Austin, Texas. Jim was born June 20, 1929, in Madison County, Ohio, the son of Ben E. and Mary (Lightle) Neer. He graduated from Mechanicsburg High School in 1947. He served his country during the Korean Conflict and later graduated from The Chicago College of Medical Technology. Jim retired in 1985 after serving 26 years with the Saudi Arabian Oil Company in Dhahran, Saudi Arabia as Senior Supervisor, Medical Laboratory.

In Retirement he enjoyed traveling and pursuing his hobby of Genealogy. He was a member of the Texas Society, The National Society of the Sons of the American Revolution and the Society of the Descendants of Washington's Army at Valley Forge. Jim also volunteered at Seton Medical Center in Austin for several years.

Jim is survived by a niece, Vicki C. (Smith) Brown of Mechanicsburg, a nephew, William L. Smith of Springfield, three grand-nieces and three grand-nephews, all of Ohio.

Funeral services will be held at 3:00 PM on Friday, May 18, 2018 in the SKILLMAN, McDONALD & VERNON Funeral Home, Mechanicsburg with Rev. Mimi Ault officiating. The family will receive friends for 2 hours prior to the service from 1-3 PM. Burial will follow in Maple Grove Cemetery, Mechanicsburg.