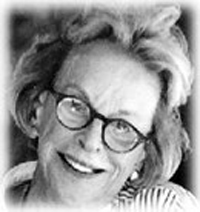 Janneke was born on March 4th, 1931 in Batavia (Jakarta), Java (Indonesia). She was one of two daughters (Christine S.J. van Iterson) of Dirk Jan Jansen and Elizabeth Seton Jansen. Her father was the Java (Indonesia) harbor master and an official for the Nederland Lloyd, a cargo and passenger shipping company head-quartered in Rotterdam. He also served in the Nederland Intelligence Service. Her childhood was interrupted by the Japanese invasion of Java in 1942 when the family was evacuated to Perth, Australia. Her father remained behind in Java to block the Japanese from taking full control of the harbors by sinking many of the line's ships. He was later taken prisoner by the Japanese and released after the war. Janneke initially attended the Saint Hilda's school in Perth and later at the Frensham School in Mittagong, New South Wales, Australia. After the conclusion of World War II, the family moved back to Holland.

In 1954 she married Frederick L. Haack and had two children, Frederick and Priscilla. The family lived in Holland and spent four years living in Dhahran, Saudi Arabia where Mr. Haack was an engineer with the Arabian American Oil Company (ARAMCO). The family traveled extensively and in 1967 purchased their first summer home in Northeast Harbor. After their divorce in 1974, Janneke moved to the United States permanently and married Harry (Hank) Rosengarten Neilson Jr., also a summer resident of Northeast Harbor. Summers were spent sailing and going on picnics with children and friends. They shared more than 20 years of marriage, living in both Malvern, PA and Northeast Harbor, before Hank Neilson's death in June 1994.

In Pennsylvania, Janneke was a member of the women's board of the Pennsylvania Academy of Fine Arts, the John B. Deaver Auxiliary of Lankenau Hospital and the restoration committee of the Academy of Music in Philadelphia, where she enjoyed weekly Friday afternoon concerts. In Maine, she was a founder and chairman of the International Ladies Committee for the Jackson Laboratory, served on the council of Thuya Gardens, now Land and Garden Preserve and the Library and Museum of Frenchboro, Maine. She also served as President of the Garden Club of Mount Desert, was a member of The Cranberry Club and a staunch supporter of the Friends of Acadia and Maine Coast Heritage Trust.