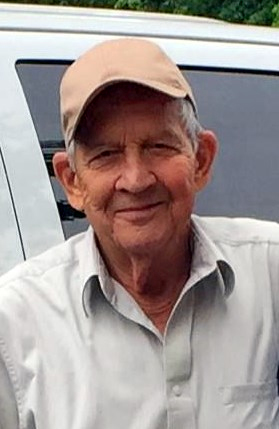 He died March 23, 2018 and was preceded in death by his parents; two older brothers, Billy Joe and John; and older sister, Freddie May.

Jim graduated from Velma High School in Velma, Oklahoma in 1951. After graduation, he moved to Lubbock , TX. In Lubbock is where he met and married the love of his life, Betty Ray Murdock. He worked as a welder and was a founding member of the Liberty Machine. Along with their children, Jim and Betty lived a very adventurous and nomadic life for a few years. They settled in Ras Tanura, Saudi Arabia for 14 years where Jim worked for the Aramco Oil Company. He returned to Lubbock from Arabia in 1989 where he continued to work until the age of 79. Jim's hobby was his work.

He was a very devoted and loving husband, father, and "Pop," also known as Thumper, and will forever be in our hearts and never forgotten. Rest in peace.

Interment will follow in the City of Lubbock Cemetery.