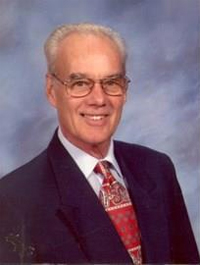 Services are scheduled for 3:30 p.m. Thursday, Feb. 1st, at Bright-Holland Funeral Home with Father Denzil Vithanage officiating. The family will receive friends at the funeral home thirty minutes prior to the service. Following cremation burial will be made in Springhill Cemetery at noon on Friday, Feb. 2nd.

He worked a number of years for BASF and Dow Chemical in Houston. In 1977, he began working in Saudi Arabia for ARAMCO as a computer operator. It was there that he met Oriel Dixon. Returning to the United States in 1985, he worked for Case International before beginning a career at Kimberly-Clark where he worked fourteen years before retirement.

Survivors include his wife, Oriel Dixon Carey, whom he married on January 9, 1987, in Houston, building thirty years of memories, his three children, Denise Carey, Kent Carey and Kendra Carey, several grandchildren, four siblings; Bill Carey, Don Carey, Lloyd Carey and Mary Carey along with a number of nieces and nephews and a host of friends.