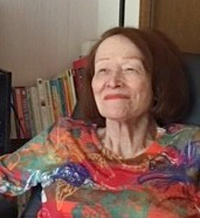 Mary Donna Behrens, 82, of Davenport, passed away Thursday, March 22nd, 2018 at Jersey Ridge Place, Davenport, due to complications from pulmonary fibrosis. Mary willed her body to the University of Iowa Department of Anatomy and Cell Division. A private family memorial service will be held at a later date at Calvary Cemetery in Rock Island.

Mary attended Alleman High School and graduated from Immaculate Conception Academy in Davenport. She received her B.S. degree from Marquette University in Milwaukee, WI and her M.A. degree from University of Denver. Mary taught elementary and middle school for forty years. Six of those years were in the United States and 34 were in other countries. She taught at international schools in Germany, Taiwan, Singapore, Mali, Saudi Arabia, Iran and Poland. She also taught as a Peace Corp volunteer in Tanzania, Africa. Mary finished her teaching career in Poland. She enjoyed the cultural activities in Warsaw so much that she remained living there for ten years after retirement.