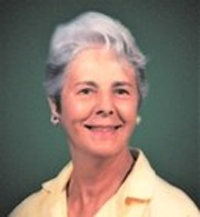 Mary Eleanor Marquardt (née Lindsay-Rea) passed away peacefully on March 31, 2019, at the age of 89 at the Meadow Ridge retirement community in Redding, CT. Mary was born in 1929 in London, UK. In 1951, Mary met her husband, Donald E. Marquardt, in Paris, France, where they discovered they were both studying at Oxford. They were married in 1952, and, as Don had begun working for Aramco, they embarked on a 20-year tour of the Middle East - Saudi Arabia, Lebanon and Libya - with stays in Irvington, New York, and London, UK.

Mary and Don had five children over the years. In 1972, after Don joined Mobil Oil, the family moved to Wilton, CT, where Mary volunteered with several international, school, library and church organizations. She is remembered by her children - Donald, Jr. (married to Kathy), Robert (Melissa), Linda, Sandra (Hans) and Christopher - and ten grandchildren as a loving wife, mother and grandmother.