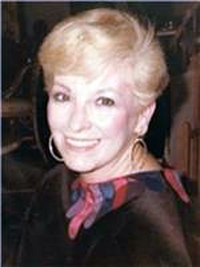 It is with heavy hearts we share the news that Mary Ellen "Nonsy" Arceneaux, accomplished artist, decorator and culinary enthusiast, passed away on April 6, 2018. She was 82 years old.

Mary Ellen lived her life with creative purpose to fill the world around her with beauty, laughter, and love. Her passion for art began in early childhood with a keen sense of colors and the emotions they evoked. Being profoundly influenced by the impressionism of Claude Monet, her art was an expression of her open and welcoming heart.

Many friends and family members consider themselves blessed to have shared the warmth of her hospitality, which was a reflection of her endlessly generous spirit. She was the epitome of "the hostess with the mostest," who enjoyed cooking, as well as teaching classes in cooking and etiquette to both adults and children. Mary Ellen will be greatly missed by everyone she touched and be remembered as eternally young, vibrant and full of enthusiasm for any task she undertook. She will forever remain a part of all our lives.

The family wishes to thank her many doctors and caregivers for their care and solace. A memorial service/celebration of her life will be held in early August. Donations may be made in her memory to, 501 St. Jude Place, Memphis, TN 38105; or the American Association of Kidney Patients, 14440 Bruce B. Downs Blvd. Tampa, FL 33613. Family members may be contacted at: 8680 Jefferson Highway, #208, Baton Rouge, LA 70809.