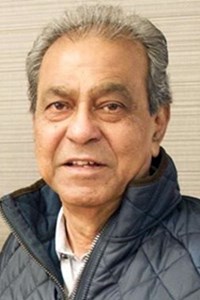 Inna Lilah-e-Wa Inna Alaihe Raje'oon. (To Him 'our Creator The Almighty Allah' we belong and to Him we shall return)

He started his career with Saudi Aramco, Industrial Security Department, Ras Tanura in 1972 and later on moved to Dhahran where he completed his service by retiring with Saudi Aramco in the year 2004, followed by settling in United Arab Emirates, then briefly in Pakistan and finally moved to USA in 2011.

We pray that Allah has mercy on his soul in the Qab'r and at the Day of Judgement. We also pray that Allah blesses him with the highest place in Jannt ul Firdous. Ameen!

He is survived by his wife, two daughters, son, and three grandchildren.

For condolences, his children can be reached on their cell and email: