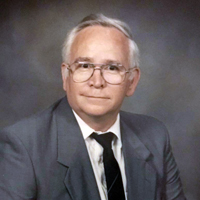 Russell lived his life serving the Lord, his family and others. Russell began preaching the Gospel of Jesus Christ when he was 19 years old. He was very active in prison ministries and was the pastor of Feed my Sheep Ministries since 1991; making sure the hungry were fed both physically and spiritually. He loved seeing people come to a saving knowledge of Jesus Christ. Russell loved his family and spending time with his wife and children, but especially his grandchildren. Russell was a Certified Public Accountant and worked for Saudi Aramco Oil Company for many years. Russell was a loving husband, father, grandfather, brother and a great friend who will be missed by all who knew him.

He is preceded in death by his parents and brother, Carl Husted.

Russell is survived by his wife, Opal Husted of Mena; five sons and daughters in law, Russell (Dh 79) and Rachel Husted of Yelm, Washington, Randy and Theresa Webster of Huffman, Texas, Delbert (Dh 82) and Elainey Husted of Huffman, Texas, Terry and Sue Dittmann of Lavaca, Arkansas and Michael and Kristy Husted of Mena; one daughter and son in law, Staci (Dh 84) and Jimmy Hosford of Houston, Texas; one brother and sister in law, Leroy and Jennie Husted of Port Richie, Florida; brothers in law, Clyde and Sue Palmer of Valliant, Oklahoma and Jay Palmer of Mena; sisters in law, Carol Husted of Shepherd, Michigan, Wanda Campbell of Valliant, Oklahoma and Cathy Dyer of Ashdown, Arkansas; eighteen grandchildren; numerous great-grandchildren; several nieces and nephews and a host of other relatives and friends.

Honorary pallbearer will be Chris Coville.