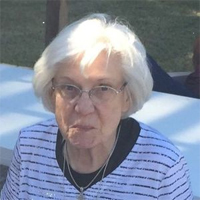 Vera married her husband of 48 years, Edwin Curtis Sanford of Meridian, Louisiana, on March 4, 1943. Vera graduated from Maurepas High School in 1941 and from Business School in New Orleans in 1942, and was initially employed at American Bank and Trust in New Orleans. She later went on to acquire additional office skills which she used while employed for 12 years at Shell Oil Company. When her husband, a Master Mariner, was transferred to Aramco in Saudia Arabia, they relocated, traveling extensively, and visiting many countries across the globe before settling in Hammond, Louisiana. Vera was raised as a Methodist, and found great comfort in her faith through her life.

Relatives and friends are invited to attend the Funeral service at Harry McKneely and Son Funeral Home of Hammond on Thursday, December 7, 2017 at 10:00 AM with Visitation beginning at 8:00 AM.

In lieu of flowers, the family requests that donations be made to the Richard Murphy Hospice Foundation or North Oaks Hospice.