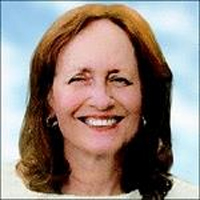 Vivian Elizabeth Giddens (Age 62) Of Brandon, FL, passed away April 5, 2017 at 8:09 p.m. surrounded by her husband and friends. Vivian had just moved from Alexandria, Virginia to the Tampa Bay, FL area when she succumbed after fighting a long battle with Alzheimer's disease. Vivian was the daughter of Mr. Herbert Wesley Wilson and Mrs. Angela Emma Maria Wilson (both now deceased). Vivian was born June 3, 1954 in Dhahran, Saudi Arabia, where she cherished her early childhood in the town of Ras Tanura. Her father worked for the Arabian American Oil Company (ARAMCO) in the Arabian Peninsula. Her mother, Angela and her grandmother, Adalgisa Peyretti (also deceased) played a key role in her upbringing, instilling her Christian faith and values. It was Vivian's wish to be laid to rest near her mother and grandmother. Vivian graduated from Englewood High School, Jacksonville Florida, in 1973. She continued her education receiving a BA degree in Graphic Arts from the University of North Florida in 1978. Vivian was a crafty person who enjoyed making things for others. A woman of many talents she also pursued a Master's Degree and earned her certification in Special Education where she held numerous teaching positions in public schools. Vivian cherished her last teaching assignment at the Earl L. Pulley Center; a Fairfax County Public School designed to serve students with disabilities. Vivian gained immense satisfaction in helping students with their life and career skills. Vivian was also an avid supporter of Special Olympics. She also followed her husband on Military Attaché diplomatic assignments to some austere locations in Africa where she enjoyed learning how to make African handicrafts. She enjoyed raising her two sons and respect for others and their various cultures. Vivian is survived by her husband, Cecil Dennis Giddens Jr., Colonel, U.S. Army (Retired); by her sons and daughter-in-law, Matthew Dennis and Crystal Giddens and Johnathan Gregory Giddens; her grandson, Caleb Giddens; her sisters, Gloria Butler and Valerie Rozier (Vivian's twin); her brother- in-law, Clyde Butler: her nephew, Paul Jorgensen; her nieces, Dana Oweiss and Holly Scherer; her mother-in-law, Geneva L. Giddens; her sisters-in-law, Darlene Beard and Doreen Williams; and her brother-in-law, David Beard. Friends, students and parents of students whose lives she touched will dearly miss Vivian. A service will be held on Saturday, April 22 at Saint John The Baptist Catholic Church, 2400 Mayport Road, Atlantic Beach, Florida 32233 at 11 a.m. Father Mark Waters will preside. A reception will follow at 2040 Mayport Road, Atlantic Beach at the Holiday Inn. In lieu flowers, donations may be made to the Alzheimer's Association or Special Olympics.In lieu flowers, donations may be made to the Alzheimer's Association or Special Olympics.