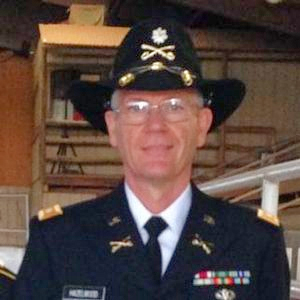 William Priest Hazelwood, 64, of Owensboro, passed away May 14, 2018 while under the care of Hospice of Western Kentucky. He was born September 10, 1953 to the late William and Anne Hazelwood.

Priest was a member of the 11th Cavalry in the United States Army and was stationed in Germany. He remained in the Army and gained the title Lt. Colonel before he retired. Priest also worked at SIGECO in 1979 before moving on to Texas Gas in 1980. He remained with Texas Gas through 1990.

In 1991, he began working at Saudi Aramco and later retired in 2011 as an Electrical Engineer and Project Manager after 20 years of dedicated service.

Priest was a hard worker and earned his MBA from Boston University, but also enjoyed the lighter side of life. He enjoyed building vintage cars with his son, was an inventor, and enjoyed sailing. Priest also enjoyed Germany, especially his wife's hometown where you could find him hiking.

Priest was preceded in death by a sister, Patricia Ann Hazelwood.

Expressions of sympathy may take the form of contributions made to: Christ Community Church – Building Fund.