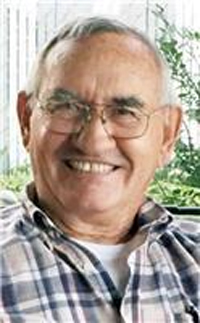 Dale Ray Brown, 86, of Saint George, Utah, a loving father, grandfather, brother, uncle and friend, passed away peacefully at his home on Friday, May 10, 2019, surrounded by his children. Dale was born in Dalhart, Texas, to William Arthur (Tex) and Belle Elizabeth Giourard Brown.

Dale grew up in various cities and towns in Colorado, Wyoming, Texas and New Mexico. During this time as a young boy, Tex, Dale's father, his brothers Roland, Ned, Bud and Bob, together with their sister Naida, became "Tex Brown and his Little Buckaroos," where they performed from the Canadian border through more than 30 states and parts of Mexico. He became a master at trick roping and was an accomplished musician, performing in their little country-western band.

Dale attended Evergreen High School, where he lettered in football, track and basketball, and served as the high school class president. In 1952, Dale enlisted in the U.S. Navy, serving our country for four years. He owned and operated Alpine Temperature Control and later was employed by Aramco, working overseas in computer science for 10 years.

Dale was an avid runner, competing in and winning numerous marathons throughout his life. He continued his early-morning hikes up Snow Canyon until a few days before he passed away.

In his free time Dale was an accomplished writer, writing several books, and he was a great historian. Dale loved to camp and travel. He loved to dance and spend time with his family and friends.

Dale was loved by all. He had so many friends and family that loved to spend time with him. He had a great sense of humor and could light up any conversation with his quick wit and broad knowledge. 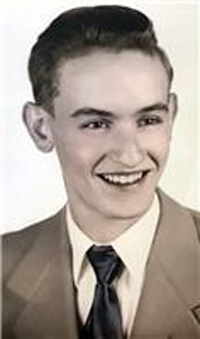 Dale was a member of The Church of Jesus Christ of Latter-Day Saints and held numerous leadership callings and responsibilities, which he faithfully and honorably fulfilled.

Dale married Sally Joan Ashlock on June 28, 1956. Together they had one son and three daughters whom he considered to be the greatest accomplishments in his life.

Dale is survived by his children Michael J. (Jennelle) Brown of Riverton, Utah, Elizabeth E. (Douglas) Ellett of Eagle Mountain, Utah, Dawn M. "Mitzi" (Jay) Fluckiger of Hooper, Utah, and Robin R. (Jeffery) Anderson of West Jordan, Utah. Dale has 30 grandchildren and 28 great-grandchildren, all of whom he was so proud of. He is also survived by a previous wife, LaNyle Miller Brown of Santa Clara, Utah.

Dale did so much for others including donating his body to science to help in finding cures to help others in the future.

Family and close friends will honor Dale's life by having a memorial in his honor on Saturday, Aug. 24, 2019. There will be a celebration of life gathering from 9 to 11 a.m. at the southeast corner of Library Square, 500 South 300 East, Salt Lake City, Utah, followed by a memorial and luncheon at Big Cottonwood Creekside Park Pavilion, 1592 E. Murray Holiday Road, Holiday, UT 84117 beginning promptly at 11 a.m.

Dad, you are loved by so many people, and we will miss you so much. It is comforting to know that you are home at last in the arms of our Heavenly Father and with your loved ones whom you've missed so much. We'll see you on the other side.