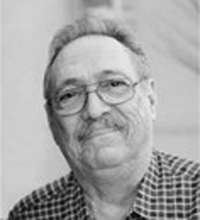 Damas Rodriguez, Jr. went to be with the Lord on June 15, 2017. He was born September 14, 1945 in Benavides, Texas to his parents Damas & Maria Rodriguez. He went to San Diego High School and graduated 1964; he then went on to receive a degree in Chemical Engineering from Texas A&I University in 1969. He worked in the Oil & Gas industry for over 40 years, traveling with his wife and children all over the world to countries in South America, Europe and Asia. He retired from Saudi Aramco in 2007 and lived with his wife in Katy, Texas. He was a loving and caring Husband, Father and Grandfather.

Damas had a passion for music, was a drummer in his high school marching band and played guitar. He insisted on introducing his children to all types of music from big band, jazz, classical, rock and especially his favorite, Tejano. He also loved to cook and entertain for his loved ones.

Damas is preceded in death by his parents, Damas & Maria Rodriguez; his brothers Gustavo and Francisco Rodriguez; his sister Grace Perry and his aunts Beatrice (Bache), Concepcion (Chonita) and Maria Gila Rodriguez.