Al-Ayyam Al-Jamilah is a twice-yearly magazine distributed to retired employees and adult children of the Saudi Aramco Enterprise. Much of the content is compiled from letters, articles, news clippings and photos submitted by its readers. The magazine often includes historic photos that shed light on life in the Saudi Aramco community during the early years. It also includes articles prepared by retirees touching on their past and the company's history. One issue annually features the Saudi Aramco Annuitants Reunion, held every year since 1958. Other retiree reunions and gatherings of offSpring are also covered.

These children were among the more than half a million refugees who had passed through the transit camp in Slavonski Brod, Croatia, by the end of 2015. They found sustenance in trying times thanks to aid workers and volunteers including two Aramco retirees. 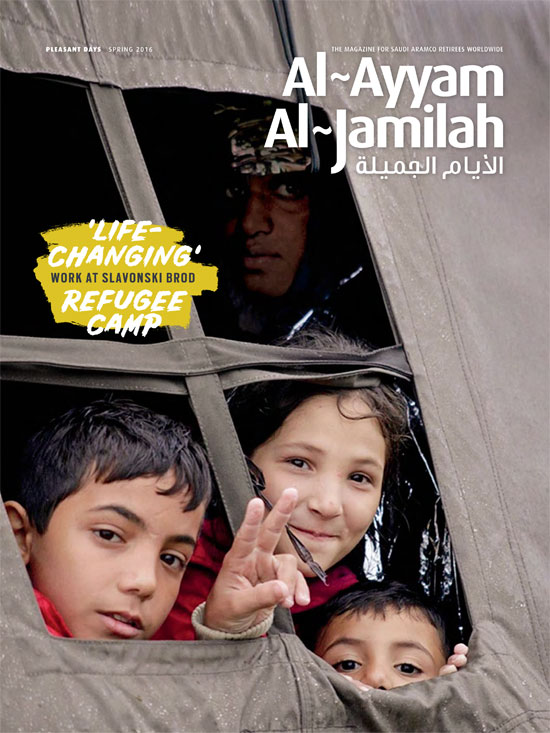