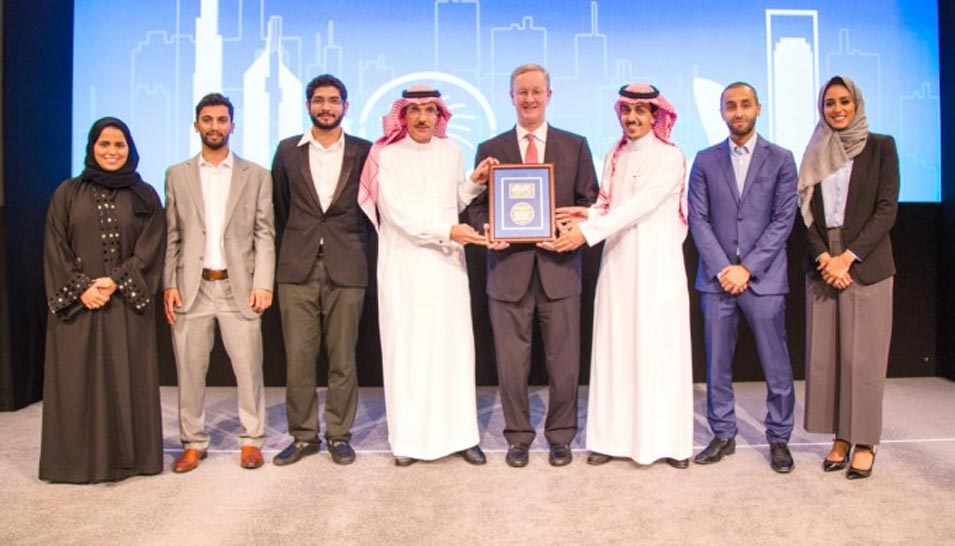 Saudi Aramco's own SPE chapter was named the recipient of the 2016 President's Award for Section Excellence.

Saudi Aramco and select individuals from the company were recognized for their achievements and support at the recent Society for Petroleum Engineers (SPE) Annual Technical Conference and Exhibit (ATCE), held at the Dubai World Trade Center in Dubai last month.

The company itself received a recognition certificate for its principal sponsorship of the ATCE in Dubai — the first time the ATCE had been held in the Middle East. In addition, president and CEO Amin Nasser and Upstream senior vice president Mohammed Y. Al Qahtani were given appreciation awards for their participation as keynote speakers on the opening day of the three-day event.

As the leading upstream producer in the oil industry, Saudi Aramco plays a major role in sponsoring the SPE and its chapters throughout the Kingdom. The SPE is the industry’s top professional organization for oil and gas professionals. With more than 7,000 international oil and gas industry leaders and professionals from around the globe attending the meeting, the event was an opportunity for learning and collaboration and to showcase the latest technologies being implemented by the company.

The company’s own SPE chapter, the SPE-Kingdom of Saudi Arabia Section (SPE-KSA), was named the recipient of the 2016 President’s Award for Section Excellence.

“This prestigious award recognizes SPE sections with remarkable programs. The SPE-KSA team’s endeavors to go beyond routine practices have clearly distinguished it among 207 sections across the globe,” said Fahad Al-Mutairi, SPE-KSA chairman. “This substantial achievement was only possible with the dedication, commitment, and hard work of the whole SPE-KSA team.” 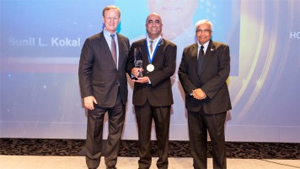 EXPEC Advanced Research Center (ARC) principal professional Sunil Kokal was awarded the 2016 SPE Honorary Membership Award — the highest honor the SPE presents to an individual. Honorary membership represents those individuals who have given outstanding service to SPE and have demonstrated distinguished scientific and/or engineering achievements in the fields within the technical scope of the SPE.

Kokal was awarded for his significant technical contributions in reservoir engineering and his professional activities serving the society. Kokal, who has provided technical leadership and relentless professional service to the SPE for more than 30 years, is a pioneer in improved and enhanced oil recovery, and is the enhanced oil recovery focus area champion at EXPEC ARC, based in Dhahran. 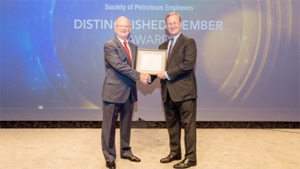 The SPE honored David Kersey, senior petroleum engineering consultant, with the SPE Distinguished Membership. Kersey was recognized for technical contributions and volunteer service. During his years as an SPE member, Kersey has published more than 80 technical papers and served as chairman of the Indonesia and Saudi Arabia sections. 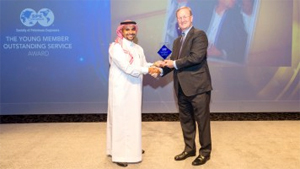 Bandar Al-Khamies was awarded the Young Member Outstanding Service Award. He was recognized as Saudi Aramco’s representative at the World Economic Forum (WEF), for his service to SPE and the community, and “… as a visionary young leader who, as chairman, has taken the Kingdom of Saudi Arabia Section to new frontiers and international recognition.”

Under Al-Khamies’ leadership, the section conducted 160 events attended by 20,000 participants and won the 2015 President Award for Section Excellence, the Most Active Section Award, and the Ambassador Lecturer Program Award.

Al-Khamies was selected from among 1,200 candidates to co-lead Saudi Aramco’s Young Leaders Advisory Board (YLAB), and was appointed to the Women Development Advisory Board and to the SPE’s Distinguished Lecturers Selection Committee. He was recently selected by the WEF as a “Global Leadership Fellow.”